When PM says he is a phone call away, then who is between him and farmers, wonders Deepender Hooda

Deepender Singh Hooda was speaking in the Rajya Sabha during the Budget Session; he also gave a list of farmers who had died during the agitation against the Centre’s farm laws 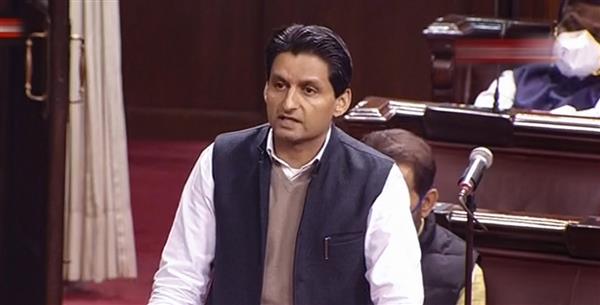 Congress leader Deepender Singh Hooda, during the Budget session on Thursday, said farmers’ protest entered 76th today and the protest by farmers still continued even after 11 round of talks with the government.

During his speech, he also gave a list of farmers who had died during the agitation against the Centre’s farm laws.

He said: “As many as 194 farmers died during the protest.”

“The BJP says people are with it but in Haryana, the Chief Minister is not even able to hold his function in the state. People in Haryana have lost faith in the BJP,” Hooda said, taking a dig at the BJP.

Farmers did not come to sit on borders but at Ramlila Ground, where JP and Anna Hazare ran their agitation, he said, adding that the Haryana government and th eDelhi police stopped them at the borders.

Speaking on the violence that happened on Republic Day, Hooda said: “Violence is not acceptable. What happened at the Red Fort is not acceptable but culprits should not be spared and no innocent be published. Farmers are holding peaceful protest but cases are lodged against them.”

Today’s India democracy was of publicity, for publicity and by publicity, he said while accusing the government of lodging cases against farmers.

“How can farmers be anti-national when members of their families are deployed at China border? Now, this government has forced a face-off between farmers with security personnel. But the truth will prevail and all these nails, concrete walls and barbed wires will not help the government,” the Congress leader said while criticising the government for restricting the farmers’ movement.

When the Prime Minister says he was only a phone call away, then who was between him and the farmers, he asked.

The Congress leader also remembered his grandfather and Sir Chhotu Ram, and said farmers are protesting to protect the MSP and the APMC.

He urged the government to concede to the demand of farmers and suggested introspection in place of ‘atmanirbharta’.

16 hours ago
5
Schools cause for concern