Hema and Dharmendra married after dating each other for many years 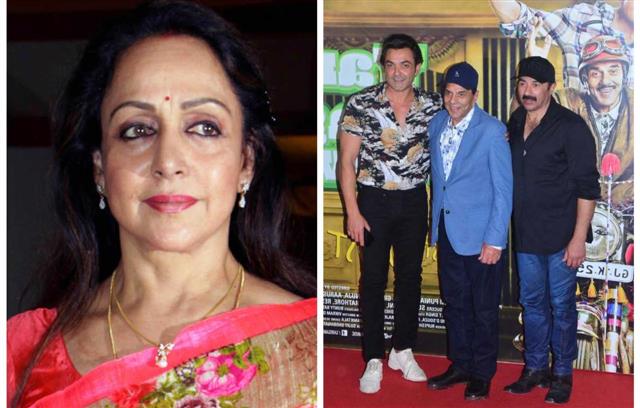 Veteran actress Hema Malini described her relationship with her stepsons—Sunny and Bobby Deol— as 'cordial'. Dharmendra married Hema back in 1980, when he was already a married man with four children-Sunny and Bobby and daughters Vijeta and Ajeita Deol.

A couple of years back, during the launch of her biography, Hema had talked about an incident involving Sunny.

While speaking to the media, Hema said: Everyone wonders what kind of relationship we are having. It is very beautiful and cordial. Whenever it is necessary he is always there, along with Dharamji, especially when this accident happened. He was the first person to come to see me at home, and he saw that the right doctor is there for the stitches (and removing of the stitches) that were done on my face. I was really taken aback to see him showing so much interest. That shows what kind of relationship we are having.”

Hema and Dharmendra married after dating each other for many years. Her father had been against the match from the beginning.

Hema had once revealed how after their marriage, she did not get to spend much time with Dharmendra. Speaking to Spotboye, she had said: “I don’t think I want to change anything. I didn’t get enough time to spend with Dharam ji since marriage. But that’s okay. Whatever time we have together is precious. And I make it a point not to crib. Yeh kyon nahin kiya, woh kyon nahin kiya (Why did you not do this or that)…Why are you late?... I don’t squander my time with my loved ones complaining.”

Dharmendra spends most of his time at his time farmhouse, close to Mumbai, while his families live in Mumbai.