Five candidates of the Aam Aadmi Party on Monday filed nominations for the Rajya Sabha from Punjab. They are Dr Sandeep Pathak, who is the party poll strategist and designed the campaign for Punjab, Raghav Chadha, co-in-charge of Punjab affairs, cricketer Harbhajan Singh and two businessmen- Sanjeev Arora from Ludhiana and Ashok Mittal of Lovely Professional University.

While speaking with The Tribune, cricketer Harbhajan Singh said: “He has been entrusted a responsibility and he will fulfill it, most of all he will promote sports.” 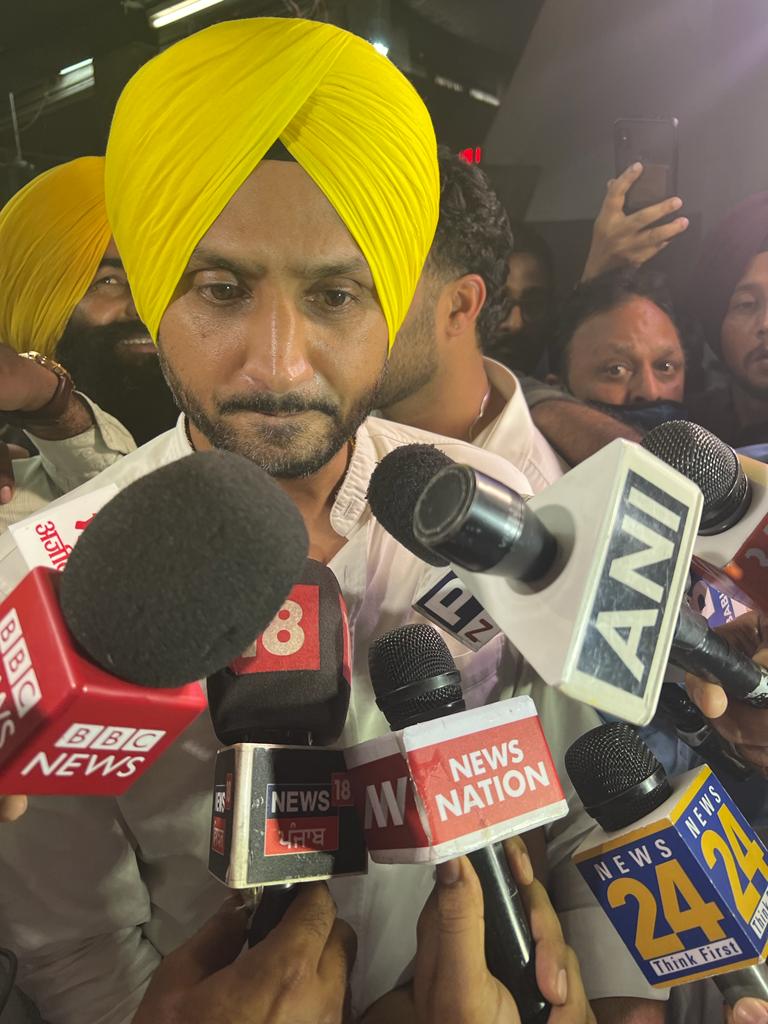 The Opposition parties have created clamour over the nominations, saying that they should nominate only Punjabis from Punjab.

However, it may be mentioned that in the past, too, many people, who were Punjabis by birth, but never stated in the state, have been nominated by these opposition parties.

The five candidates arrived just after the session today and went to the office of Secretary Vidhan Sabha to file their nomination papers.

It may be noted that the elections of two seats and three seats of Rajya Sabha are to be filed separately as these seats are from different biennial election cycles.