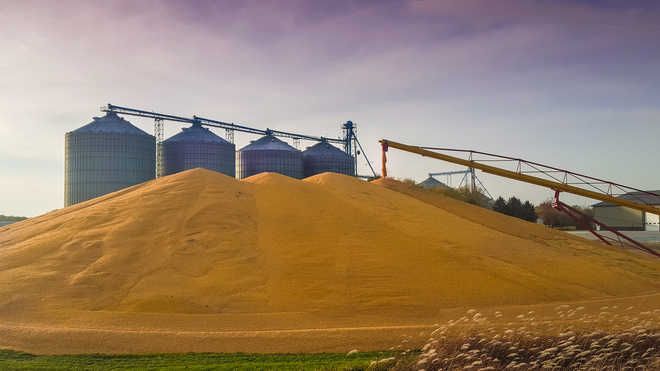 Punjab Congress leaders have raised concern over the reports of wheat procurement at a private godown in Haryana, pointing out that next on the agenda of the BJP-led central government could be Punjab.

Take up with centre

The AAP should take up with the Centre any such move to start direct delivery of wheat to silos. — Raja Warring, Gidderbaha MLA

PM Modi promised apni mandi will not be closed. But now the opposite is happening. — Barinder Dhillon, Punjab YC president

Citing the Food Corporation India’s (FCI) order of direct delivery of wheat from farmers to the silos of a leading business group in Haryana, state Congress leaders alleged the BJP’s anti-farmer policy was coming in the open again. “Modi promised apni mandi will not be closed. But now the opposite is happening and the first step towards closing down of mandi has been initiated. It’s happening in Haryana and the next in line could be Punjab. As the Assembly polls are over, the BJP has initiated the process in Haryana,” said Barinder Dhillon, president, Punjab Youth Congress.

Amrinder Singh Raja Warring, the MLA from Gidderbaha, said the Aam Aadmi Party (AAP) should take up with the Central government any such move to close mandis and to start direct delivery of wheat from farmers to silos of private groups. Giving the MSP gurantee was another demand that has to be fulfilled by the Centre, the former Transport Minister added.