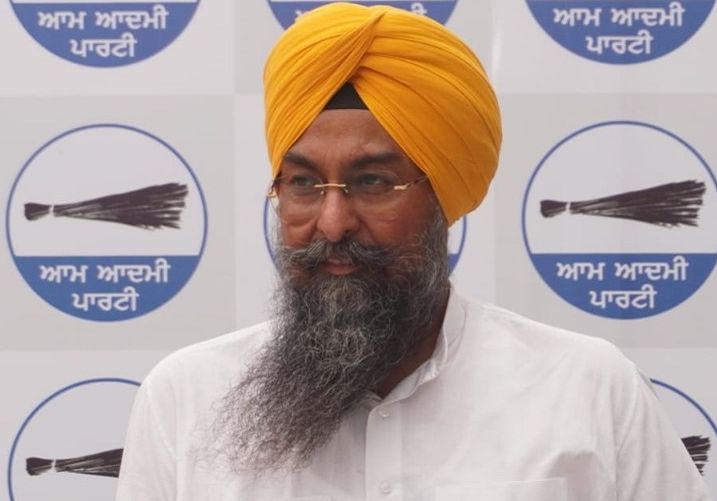 Elated at the exit polls predicting an AAP government in Punjab, party leaders have started preparations for celebrations in the district, a party stronghold. On the contrary, leaders of Opposition parties have rejected the projections, advising AAP leaders not to jump the gun.

“A majority of residents and our leaders have started preparing for celebrations on March 10, immediately after the results are announced. But our leaders do not want to be boisterous about it, unlike other political parties. We plan to celebrate by distributing clothes and other essential items among poor,” said Anwar Bhasaur, AAP leader from Dhuri.

Many top leaders, including party’s chief ministerial candidate Bhagwant Mann, Leader of Opposition Harpal Cheema and Sunam MLA Aman Arora are from district. The presence of these leaders on various Assembly seats of the district seems to have made the fight tough for opponents.

“We have been confident of forming the next government in Punjab from the beginning. With exit polls projecting our government, area residents are asking us to prepare for celebrations. But we plan to keep it simple,” said Gurmale Singh, Sangrur district president of AAP.

On the other hand, leaders of the Congress, SAD and BSP have been trying to counter the exit polls results in a bid to keep the morale of their workers high.

“AAP leaders must remember exit polls have lost their credibility. They will meet the same fate as in 2017, when all exit polls had projected an AAP government. In reality, the Congress came to power. This time, too, the Congress will win,” asserted Sangrur district Congress committee president Mahinderpal Singh Bhola.

SAD spokesperson Winnerjit Singh Goldy, who contested from Sangrur, said before the announcement of results, no one could say anything. “Exit polls have lost relevance as in the past, these have been way off the mark. The euphoria of the AAP will be short-lived as they have lost base in Punjab,” said Goldy.

The exit poll results have made it clear people of Punjab have rejected the ‘corrupt’ politics of the Congress, BJP and SAD. — Kultar Singh Sandhwan, AAP leader

Exit polls have lost relevance as in the past, these have been way off the mark. The euphoria of Aam Aadmi Party will be short-lived. — Winnerjit Singh Goldy,SAD spokesperson