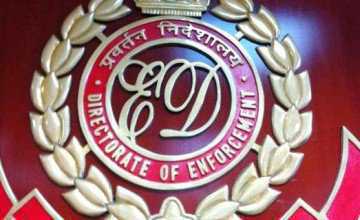 Elections approaching, the Punjab Cabinet today cleared the setting up of an enforcement directorate (ED) to check illegal mining. An announcement in this regard was made by Punjab CM Capt Amarinder Singh during the Budget Session.

The ED is to be set up under the Mining and Geology Wing of Water Resources Department. Headed by a senior police officer not below the rank of Deputy Inspector General (DIG), it will ensure that those involved in the sand and gravel business do not charge above the sale price ceiling laid out in the mining policy. It will also stop unauthorised movement of minor minerals within the state and at inter-state borders in conjunction with mining officials and facilitate prosecution of the accused under the Mines and Minerals (Development and Regulation) Act, 1957.

The districts of Mohali, Ropar, Hoshiarpur, Pathankot, Gurdaspur, Amritsar, Ludhiana, Nawanshahr, Jalandhar, Ferozepur, Sangrur and Bathinda will be given special attention to ensure legitimate mining operations. The ED will have the mandate to chalk out strategies, measures and methods to achieve its objectives in coordination with the Director-Mining, chief engineers and district-level enforcement committees under the DCs.

It will develop actionable intelligence for the purpose and co-ordinate with agencies of neighbouring states.