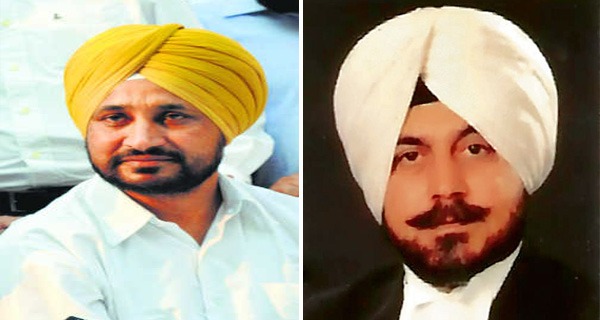 Even as the appointment of former DGP Sumedh Singh Saini’s advocate APS Deol as the Attorney General of Punjab has snowballed into a major political controversy, Punjab Chief Minister Charanjit Singh Channi tried to defend the decision saying all lawyers took up various cases as part of their professional duties.

Channi said this while interacting with The Tribune on the occasion of the birth anniversary of Shaheed Bhagat Singh at his ancestral village in Khatkar Kalan. Asserting that his government had taken the right decision regarding the appointment, he said, “Nothing should be looked into his being a lawyer with the previous DGP or a suspended IG. Now that he will be a part of the government, I am confident he will serve the state government dutifully in his new role. Now, he will offer his legal expertise in matters being contested by the state government. He has also been a lawyer for ex-Punjab CM Capt Amarinder Singh for nearly 20 years, including for cases lodged against him during the tenure of the Badals.”

Vidhan Sabha Speaker Rana KP Singh, who accompanied the CM, said, “Every lawyer has a contract with his client. As a senior lawyer, earlier Deol’s clients could have been hundreds of people, including the ex-DGP and the ex-IG but now his services have been roped in by the government. I do not think any controversy should be made out of the issue.”

Minutes after defending Deol on the matter, Channi also put a photograph with the new A-G on his Twitter account. “Congratulations to Mr Amar Preet Singh Deol for being appointed as the Advocate General of Punjab. I am sure your legal acumen and expertise will help Punjab in getting its due (sic),” he wrote. But the tweet invited him a lot of criticism over his decision with people questioning him as to how anyone could expect a logical conclusion to the 2015 sacrilege and police firing incident when the new A-G is the lawyer of the accused.

Even BJP state general secretary Subhash Sharma had on Monday criticised the decision to appoint Deol as the A-G saying the Punjab CM had lost the first moral and ethical battle with this appointment.

On the sidelines of the same event, Channi was also quizzed over the selection of Rana Gurjeet Singh and Gurkirat Kotli as the ministers despite their controversial past. He defended them too saying, “Kotli comes from the family of ex-CM Beant Singh who got assassinated during terrorism. There is nothing against both of them now.”