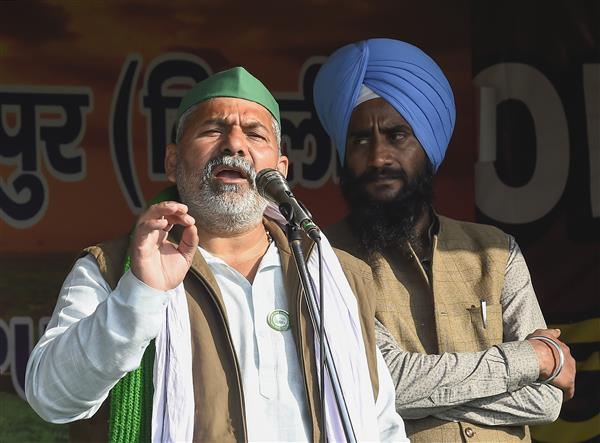 Amid international support for the farmers’ movement, an interesting change is being reported in the agitation at Delhi borders against the three contentious farm laws that has completed 70 days in the running.

Attention is gradually shifting from Singhu and Tikri, where Punjab unions are camping, to Ghazipur where BKU (Tikait) leader Rakesh Tikait is holding the fort.

Interestingly, while the status quo of Punjab union leaders is largely unchanged, Rakesh Tikait is fast emerging as the ‘star’ of the movement.

“Currently most of the focus is on him, which is an interesting development given that in the initial days of the movement, he (Rakesh Tikait) was nowhere in the picture,” says a BKU leader who did not wish to be named.

He also pointed towards how “Punjab unions had sidelined the BKU (Tikait) faction in the state in the initial days of the agitation”.

A section is also pointing towards the “shift in focus” from wheat and rice given that Western UP farmers mostly grow sugarcane.

“What sugarcane farmers do (with sugar mills) is also a form of contract farming,” said a farmer.

This is a huge development in context of Uttar Pradesh, India’s largest state and integral to election plans of any political party. The state, which goes to Assembly polls next year, sends as many as 80 Lok Sabha MPs to the Centre.