The Drowning Church : The Tribune India 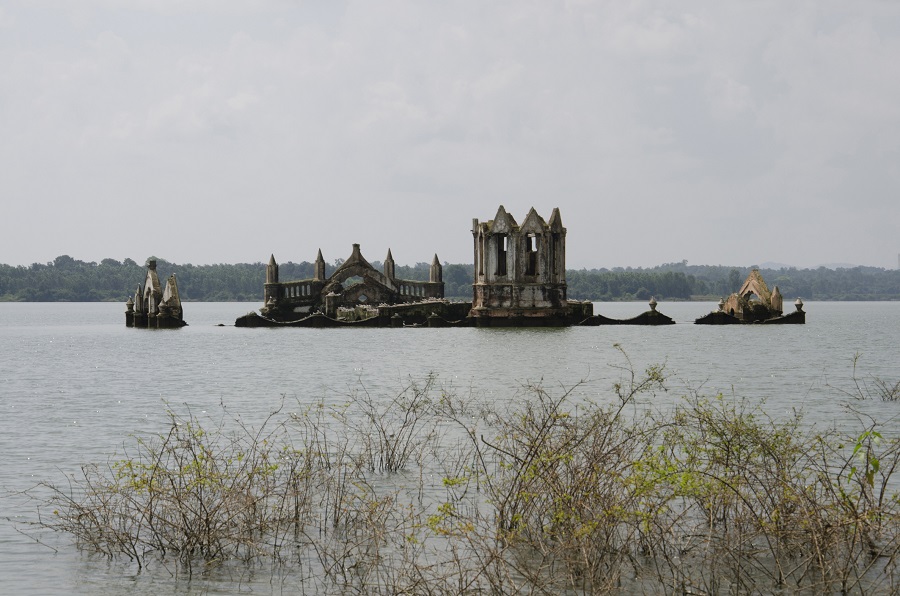 To get the full benefit of the magnificence of this church, one would have to make two trips during the year. No point, otherwise. The awe-inspiring spires and the ability to walk through the church in the winter and summer months (December to May) is an altogether different experience to that when the church is almost completely submerged during the pelting monsoon (July to October) that is typical of this region.

Submerged, did we say? Yes! Not totally, but submerged for sure! Surreal is the only word that fits these experiences.

ALSO READ: A Relic of St. Philomena of Italy In India?

It is said that the Shettihalli Rosary Church was built by French missionaries in the 1860s.

It is the finest example of gothic architecture and used to be a fully functioning church, reportedly built with mortar and bricks and a mixture of jaggery and eggs!

This gothic-style church was constructed on the picturesque banks of Hemavathi River in Hassan and served the wealthy British living around, as a religious centre of worship.

It is also said that there was a village that surrounded the church. However, after the Gorur-Hemavathi dam/reservoir was planned in 1960, the Shettihali Rosary Church was abandoned.

So, have any of you seen or heard of a church that drowns every monsoon and emerges during the summers? Well, this is it! It has stood the test of time, in spite of being under water for so many months every single year for almost forty years!

The 245-kilometre-long Hemavathi river starts in the Western Ghats at an elevation of about 1,219 metres near Ballalarayana Durga in Chikmagalur District, Karnataka. It flows through Tumkur, Hassan District, where it is joined by its chief tributary, the Yagachi River, and then into Mandya District before joining the Kaveri River near Krishnarajasagara

Let us go back in time a bit. The government had decided to build the Gorur-Hemavathi dam so that the flowing river could become more useful.

In its heyday, prior to the construction of the reservoir at Gorur, Shettihalli used to be a very rich agricultural hub that was known for its sunflower fields. However, after the Gorur reservoir was constructed so that the water of the Hemavathi River could be put to better use, the subsequent collateral damage during the process led to the submersion of around twenty-eight villages around the river.

We all know that dams and reservoirs require relocation of large human populations if the dams are constructed close to residential areas.

All the inhabitants of these villages were therefore relocated to nearby villages.

The church was also part of the collateral damage and hence was abandoned forever in 1960. 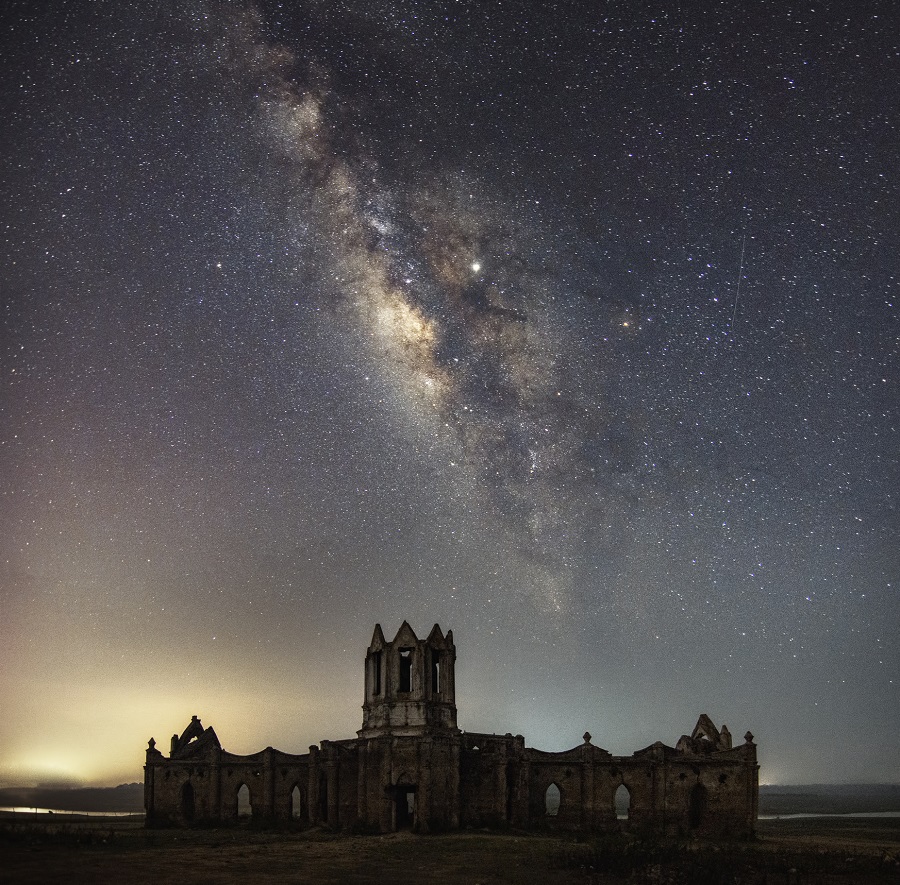 The sight of the eerily intact structure of the Rosary Church is disconcerting at first sight. What got damaged the most over all these years is the roof of the church.

The present roofless structure is located in a barren field, and is a relatively unexplored location, off the beaten tourist path.

The entire roof has caved in, while a part of the altar and the central nave still stand, but there are no artistic stained glass windows, pews for worshippers to kneel on or even windows or doors left in the church.

Not many travel there, though it is visited by research scholars and architecture students. Today, the church is home to some birds in the non-monsoon months.

What a pity! Can you imagine the weddings that must have taken place within the walls of the once-magnificent church? The Christmas Mass, the devoted gathering, the christenings of babies…

As the summer gives way to the monsoon, the waters of the Hemavathi rise. Slowly, but surely, part by part, the Shettihalli Church drowns in it, nearly submerged except for its lonely topmost spire sticking out of the water like a helpless beacon when the reservoir is near to its brim.

And, when the waters recede, the Shettihalli Church ruins strike a stark contrast to the vividly coloured landscape around it, emerging in all its glory.

That is Shettihalli's only claim to limited fame, a deserted spot where people sometimes come to see the half-submerged church during monsoons and a completely visible church when the water recedes. Even locals admit that the gothic-inspired structure does give the Rosary Church haunted vibes.

THE DAM IN QUESTION

If you want to watch the dam in action, go when the local paper announces that water is to be let out of the dam, but also prepare for it to be very crowded then. On other days, the location is very serene and makes for a very good picnic spot. The Gorur dam is constructed across the Hemavathy River, a tributary of the Kaveri River.

The dam is about 20 kilometres from Hassan.

When the gates of the reservoir are opened, the water gushes down in cascades. The best time to visit the dam is during the months of August to November, when there is more water in the dam.

Children from schools nearby are regularly brought to view the dam. Funnily enough, most tourists make the effort to go and admire the water gushing out of the open gates of the dam, while not even knowing of the existence of the Rosary Church on the other side within the reservoir itself.

Of late, the area around the church is being used for shooting regional movies and serials. Haunted films, we guess!

For those who are keen on photography, this place makes a perfect subject.

When the dark sky shows through the Shettihalli Church, with the Hemavathi River in the background, it creates the most amazing panoramic view.

A serendipitous trip to the church is truly magical, like looking for a lost city; in this case, an almost-lost church. There will be birds, cattle and reptiles for company. When the water level is low, coracles (small round boats) are sometimes used to go inside the church.

While there are few records that mention that the said church was constructed in 1860, nobody really has a clue. Local villagers say it was built some 160 years back. Anyway, once a year, around April, when the church is not underwater, local people conduct prayers with lamps. When all is said and done, there is something eerie and serene about the spot. Paranormal probably?