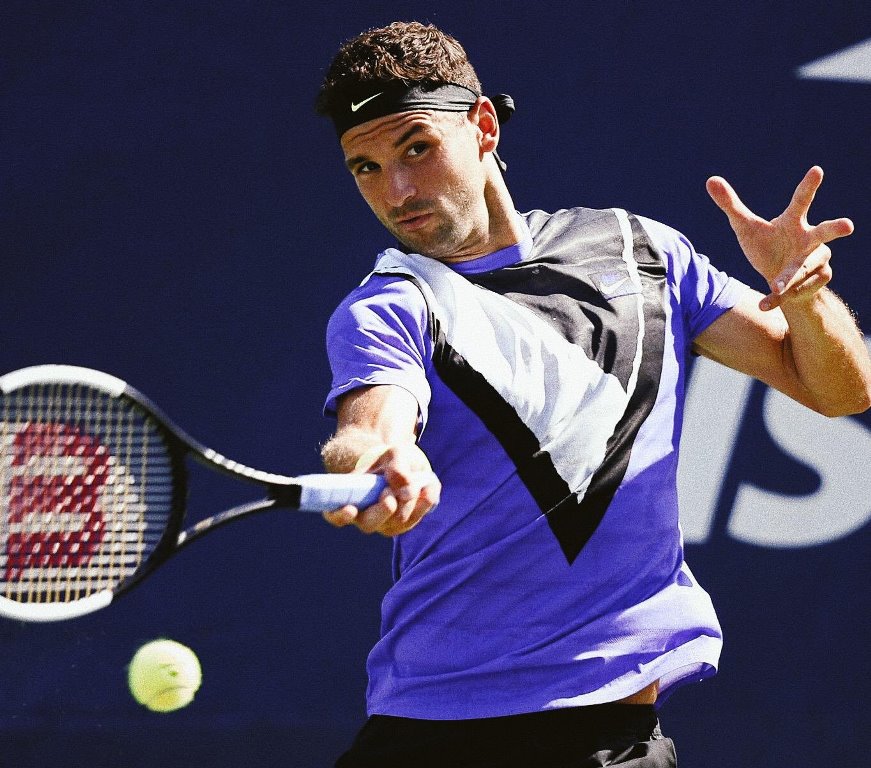 Grigor Dimitrov tested positive for Covid-19 in June while participating in a series of exhibitions in Croatia and Serbia organised by Novak Djokovic. Grigor Dimitrov/Twitter

Two months after barely being able to walk while ill with COVID-19, Grigor Dimitrov played a professional tennis match at the Western & Southern Open and – while the result was not what was most important – he won.

"I said to myself, 'I'll give it a try'. Now I'm here playing a match today," said Dimitrov, a 29-year-old from Bulgaria who was a US Open semifinalist last year and is ranked No. 19.

"Honestly, I'm just purely thankful that I'm even able to just be here, to participate. Forget about the match – I'm not even talking about tennis right now."

He said he arrived in New York, the site for both the Western & Southern Open and the US Open, just 1½ days before taking the court for what turned out to be a 6-3 6-4 victory over Ugo Humbert.

The women's draw saw some big names exit on Day 2 at the hard-court tournament – No. 1 seed Karolina Pliskova, No. 2 Sofia Kenin and 2017 US Open champion Sloane Stephens.

Pliskova, the 2016 US Open runner-up who will be the top seed when the Grand Slam tournament begins August 31, lost 7-5 6-4 to Veronika Kudermetova.

Dimitrov tested positive for the coronavirus in June while participating in a series of exhibitions in Croatia and Serbia organised by Novak Djokovic, who also got COVID-19. (Djokovic pulled out of the doubles event at the Western & Southern Open on Sunday, citing neck pain, but is still slated to compete in singles Monday.)

"The first week was just tragic. I started by just walking. I couldn't really do any exercise. I could not lift weights. I couldn't play tennis," Dimitrov said, adding that he lost a lot of weight while sick.

"It was a really dark moment," he said. "I'm not going to lie."      Eventually, Dimitrov said, he would practice for 20 minutes at a time, then built that up in increments. Still, he was doubtful about getting back on tour at the Western & Southern Open, the first ATP tournament since tennis went on hiatus in March because of the pandemic.

Dimitrov said he hoped his experience with the coronavirus can serve as a bit of a cautionary tale for those who might not take the illness seriously.

"I just kind of wanted to show a message that it doesn't matter, in a sense, 'who you are,' how fit you are and how healthy you eat and so on," Dimitrov said.

"This thing doesn't ask anybody (those things). We're all equal."

No. 4 Stefanos Tsitsipas, No. 7 David Goffin, No. 9 Diego Schwartzman and No. 16 John Isner also won their respective matches.