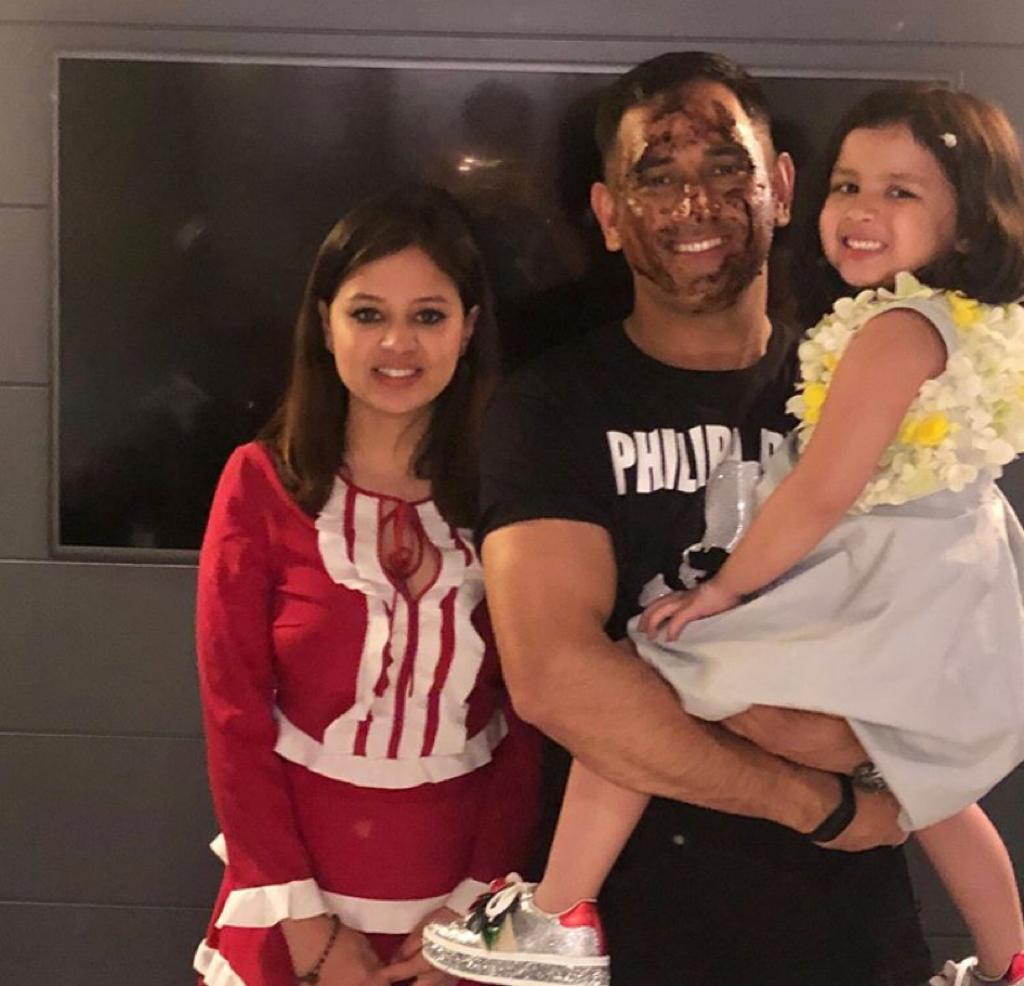 As M.S. Dhoni turned 39 on Tuesday, social media was flooded with birthday wishes with people from all walks wishing the former India captain on his special day. However, among all this, there was a special wish for Dhoni—the one from wife Sakshi.

"Marking the date you were born, another year older, greyed a bit more, become smarter and sweeter. You are a man who will not be moved by all the sweet wishes and gifts," said Sakshi while posting several pictures of Dhoni on her Instagram handle.

"Let's celebrate another year of your life by cutting a cake and blowing the candles! Happy Birthday, Husband!!" she added.

Dhoni became a proud father on February 6, 2015 to Ziva. At the time of her birth, he was in Australia as the captain of Indian team with the 2015 Cricket World Cup only a week to kick off. However, Dhoni decided not to travel back to India and was famously quoted saying that "I am on national duty, other things can wait".

Dhoni, in November last year, had said that he is better than an ideal husband because he lets his wife Sakshi do whatever she wants.

Speaking at an event in Chennai, Dhoni had left the audience in splits with his speech on marriage.

Also read: MS Dhoni: 'Vintage Wine' at 39, intriguing as ever

The veteran wicketkeeper-batsman had said: "All men are like lions before marriage. The real essence of marriage is once you cross the age of 55. I let my wife do everything she wants because if my wife is happy then I am happy."

Dhoni has been on a sabbatical ever since the semi-final of the 2019 World Cup where India lost to New Zealand. He was supposed to lead Chennai Super Kings in the 13th edition of the Indian Premier League which currently remains indefinitely suspended due to the COVID-19 pandemic. IANS

Marking the date you were born, another year older, greyed a bit more, become smarter and sweeter. (Literally 😂😂) You are a man who will not be moved by all the sweet wishes and gifts. Let’s celebrate another year of your life by cutting a cake and blowing the candles! Happy Birthday, Husband!!