MS Dhoni: 'Vintage Wine' at 39, intriguing as ever 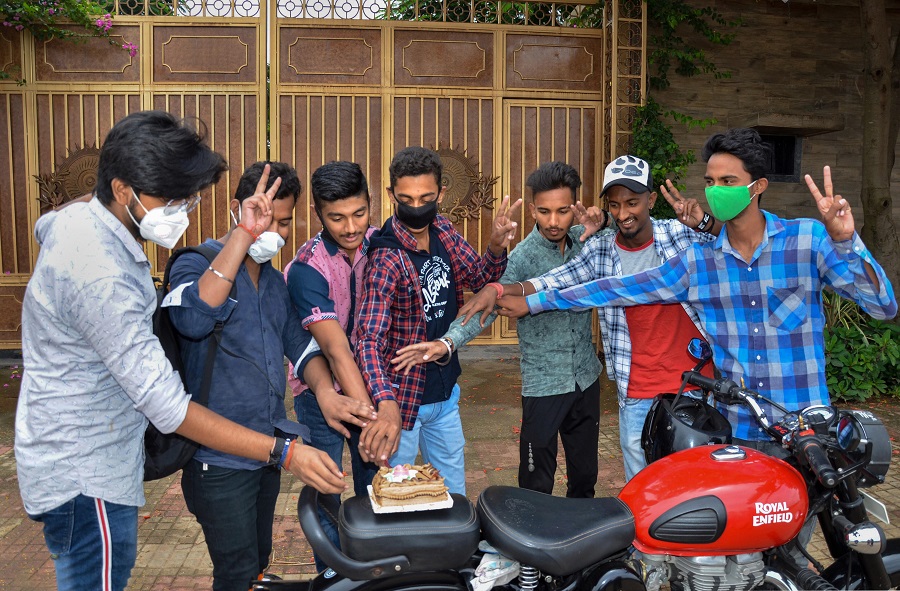 Fans of former Indian cricket captain Mahendra Singh Dhoni cut a cake to celebrate his 39th birthday, outside his farmhouse at Simalia village in Ranchi on Tuesday. PTI

Mahendra Singh Dhoni seems to be present everywhere but is to be found nowhere.

As one of modern India's most loved cricketer turns 39, tributes flowed on social media. Glowing eulogies were written but intriguingly yet inevitably, the former India captain remained far from the madding crowd.

Indian captains from Tiger Pataudi to Virat Kohli have been characters in their own right but no one is quite like Dhoni. The more one tries to decode the man, the mystique grows, leaving everyone as befuddled as those batsmen who saw him whip off the bails in a flash.

For the past 16 years, he has been a national obsession. Now, the discussion has shifted to will he, won't he or perhaps when will he drop the dreaded ‘R’ word during the COVID-induced break.

Inspired a generation to chase their dreams✅

The next MSD? ❌ Error 404 Next MSD will never be found

His die-hard fans hate these kind of discussions and the detractors continue with a smirk. They both argue knowing there's no closure and the man at the centre of it all goes on as if never bothered.

Often, wife Sakshi allows fans to get a sneak peek into his private life in which he can be seen taking daughter Ziva for a bike ride around his sprawling farm house or petting his canine. But to anyone looking for a peek into his mind, Dhoni remains out of bounds.

The white beard bothers the world but he sports it with that trademark mischievous grin.

No wonder the last sentence of Mohammed Kaif's birthday wish drawing a programming error analogy was a killer on Twitter.

"The next MSD? Error 404 Next MSD will never be found," Kaif tweeted what millions believe.

Even without meeting, people love him obsessively, so it's hardly a surprise to see that from a superstar like Virender Sehwag to a fringe player like Kedar Jadhav the love and respect is heartfelt.

"Once in a generation, a player comes and a nation connects with him, think of him as a member of their family, kuch bahut apna sa lagta hai," Sehwag wrote on his twitter page.

Once in a generation, a player comes and a nation connects with him, think of him as a member of their family, kuch bahut apna sa lagta hai. Happy Birthday to a man who is the world ( Dhoni-ya ) for his many admirers. #HappyBirthdayDhoni pic.twitter.com/T9Bj7G32BI

An emotional Jadhav recollected how he decided to catch more than 20 winks during an international flight only to wake up and be overwhelmed to find that the 'Man' was waiting to have dinner together.

Or for that matter Indian cricket's enfant terrible Hardik Pandya.

".....My friend who has taught me to be a better human being and stood by me in bad times," wrote Pandya.

His fans love him but these are people who respect him and that goes beyond the realms of 22-yards.

Not because of the last over he gave to Joginder Sharma or the helicopter shot that won India the 2011 World Cup or the 148 against Shoaib Akhtar at Faisalabad or 224 on a sluggish turner against Australia. Not those. They love him for the kind of character he is – rock-solid, trustworthy, and fiercely loyal.

Just like Michael Jordan, one can expect that there will be one 'Last Dance' at least in Chennai Super Kings' Canary Yellow when the IPL happens.

He will again stride purposefully to the crease, try to take the game to the wire, pick up that weak uncapped Indian bowler and give him a crash course on "how to handle pressure for dummies".

The 'mind reader' in all will again rear its ugly head? Does that mean KL Rahul will open and Rishabh Pant will be carrying drinks? May be Dhoni will again have that wry smile.

Everyone will keep speculating and he will keep on smiling at the juvenile yet healthy obsession. It's time to raise the toast for the 'Birthday Boy'. Happy Birthday MS Dhoni. PTI