It will be Nagal's second appearance at the US Open; last time he went down to Roger Federer in the championship 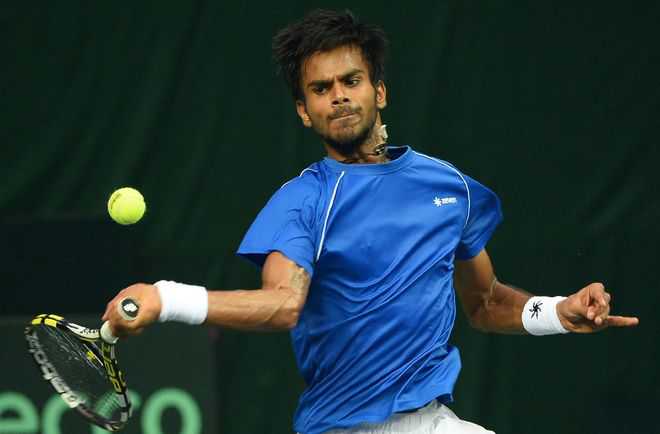 Young Indian tennis player Sumit Nagal is set to compete in his second Grand Slam main draw after receiving a direct entry into the US Open, which several top players will miss due to the COVID-19 pandemic.

The world No. 127 is the last man to receive a direct entry, according to the tournament website.

It will be Nagal's second appearance at the US Open, starting August 31, and he is the only Indian in the men's field with Prajnesh Gunneswaran, ranked 132, missing out.

"It feels good to make a main draw of a Slam again since I have only made one main draw yet. I understand the situation is not the same this year. I am looking to fly to USA after my challengers in Czech Republic," Nagal told PTI from Germany before a training session.

Last year, Nagal reached his maiden Grand Slam at the US Open after winning all his qualifying round matches to set up a dream encounter with the legendary Roger Federer.

Also read: Twist to the ‘GOAT’ race as Nadal opts to skip US Open

Talking about this year, Nagal said, "I don't have much expectations, I just want to go and do what I enjoy which is playing tennis."

Nagal said he won't have to serve a quarantine period after he reaches New York.

"We are supposed to stay in a bubble area and can only go to the hotel and back to the courts. We will have COVID-19 tests every second day."

Three-time US Open champion and world No. 1 Novak Djokovic headlines the field with the likes of Federer and Rafael Nadal giving the tournament a miss.

While Federer has withdrawn from all competitions this year owing to a knee injury, defending champion Nadal pulled out due to the COVID-19 pandemic.

"I can't speak for the people who chose not to play. It's their own decision and you have to respect that," said Nagal when asked about a depleted field this year.

Professional tennis tours have been on a hiatus since March because of the coronavirus outbreak, with play resuming for women at Palermo Ladies Open this week in Italy. PTI