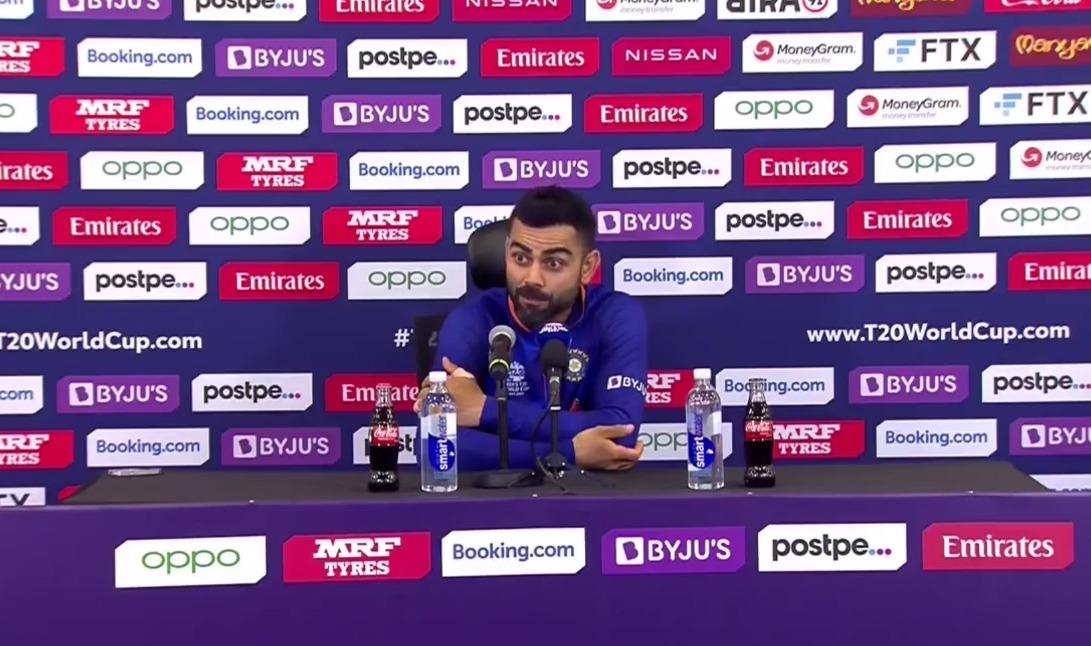 Captain Virat Kohli was clearly not amused when a journalist asked him about dropping Rohit Sharma from the playing XI.

Riding high on the devastating spell by left-armer Shaheen Shah Afridi, Pakistan made short work of India’s total of 151, romping home with 10 wickets in hand.

Virat Kohli and Rishabh Pant were only two Indian batsmen with respectable scores against their names.

In the post-match press conference, when a journalist asked Kohli whether he would drop Rohit Sharma from the playing XI after he was unsuccessful in the match, Kohli found it unbelievable. He told the scribe whether he had an idea what Sharma had done for India in their last match.

"Will you drop Rohit Sharma from T20Is?" 🤔@imVkohli had no time for this question following #India's loss to #Pakistan.#INDvPAK #T20WorldCup pic.twitter.com/sLbrq7z2PW

He told the jounalist if he had wanted a controversy he should tell the Indian captain, so that he could answer the question accordingly.

The ICC shared a clip of the video on Twitter to which various people reacted.