Pakistan elderly woman gets married to her servant; he faints after getting proposal, they call each other 'Salman Khan and Katrina Kaif'

The landowner says she might even transfer ownership of her house to her man. 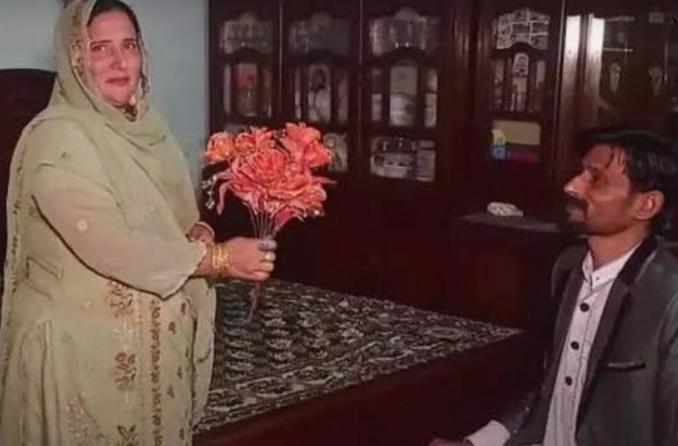 Everything is fair in love and war. And love is all u need to live, if you find the love od your live, for it sees no age, gender or social status.

In one such care, an eldery woman in Pakistan fell for her servant and got married to him, reports Times Network.

Nazia, a resident of Islamabad, used to live all alone until she found the love of her life in Sufiyan. To begin with, a friend had introduced her to Sufiyan for daily household work. She hired him for a salary of Rs 18,000, a month.

He said that his simplicity had won her heart and she started liking all his habits. After which she proposed to her servant.

“Sufiyan had fainted after hearing the proposal,” Nazia said. Sufiyan ended up saying, "I love you, too”. According to Nazia, Sufiyan takes care of her when she falls sick. He even cooks for her and also gets her medicines. Nazia has compared him to Salman Khan while to Sufiyan, is his Katrina Kaif.

Even when the public spoke of their relationship outside marriage, it hardly mattered for the lovers who stood by each other.

The landowner says she might even transfer ownership of her house to her man.