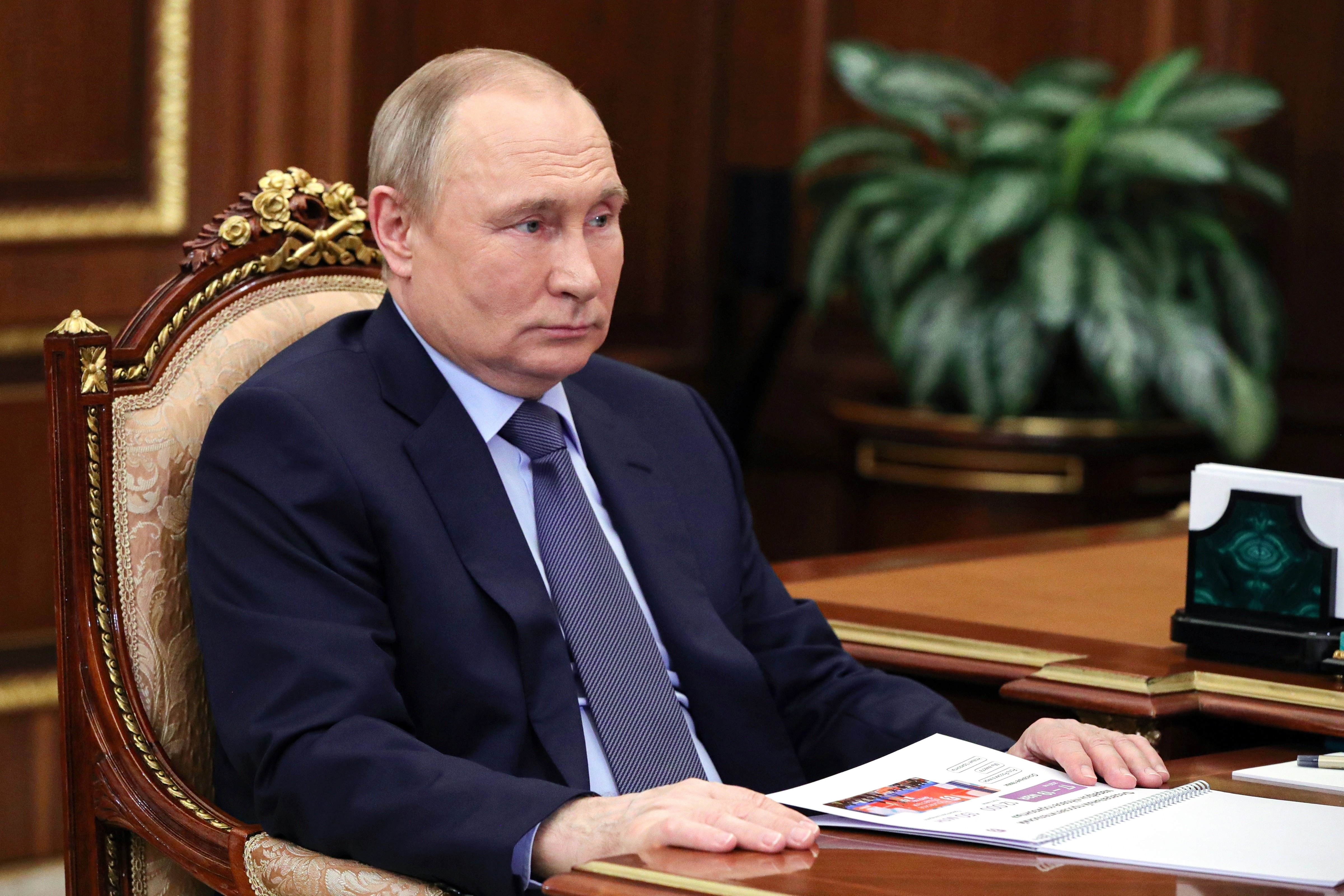 Russian President Vladimir Putin chairs a meeting in Moscow, Russia, on May 5. PTI

In a recording obtained by a US magazine New Lines, the unnamed oligarch was heard discussing Putin's health with a Western venture capitalist.

The businessman also said that Putin underwent a surgery shortly before he ordered the invasion of Ukraine.

The new claims come amid mounting health concerns about the Kremlin leader who has appeared frail at public events, including the Victory Day celebrations last week while videos have circulated showing president Putin “shaking uncontrollably.”

The Russian oligarch says in the recording that Putin had surgery on his back linked to his blood cancer shortly before ordering the invasion of Ukraine - which he has called a “special military operation”.

He adds that the president has gone “crazy”. “He absolutely ruined Russia’s economy, Ukraine’s economy and many other economies — ruined [them] absolutely,” the oligarch says. “The problem is with his head. One crazy guy can turn the world upside down.”