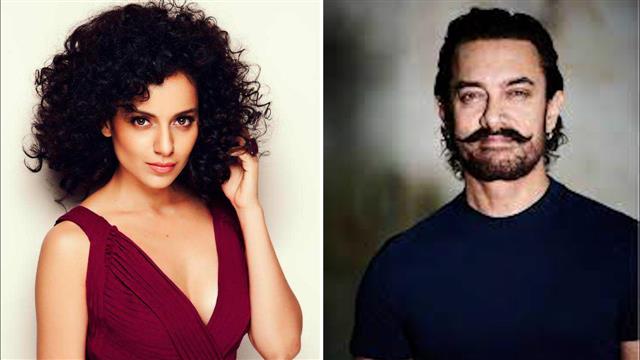 Kangana claimed that Aamir himself has "curated" the trend around boycotting his upcoming 'film Laal Singh Chaddha'.

Over the years, Kangana Ranaut has made several headlines for her statements on Bollywood and its members --- especially Karan Johar and Alia Bhatt. Now, superstar Aamir Khan has also become a target of the 'Queen' star's harsh comments.

Kareena Kapoor Khan reacts to Twitter trend of boycott calls for Aamir Khan-starrer 'Laal Singh Chaddha'; gets brutally trolled for her 'learn to ignore certain things' commentIn a recent Instagram post, Kangana claimed that Aamir himself has "curated" the trend around boycotting his upcoming 'film Laal Singh Chaddha', which is an official Hindi adaptation of the Academy Award-winning 1994 film 'Forrest Gump'. 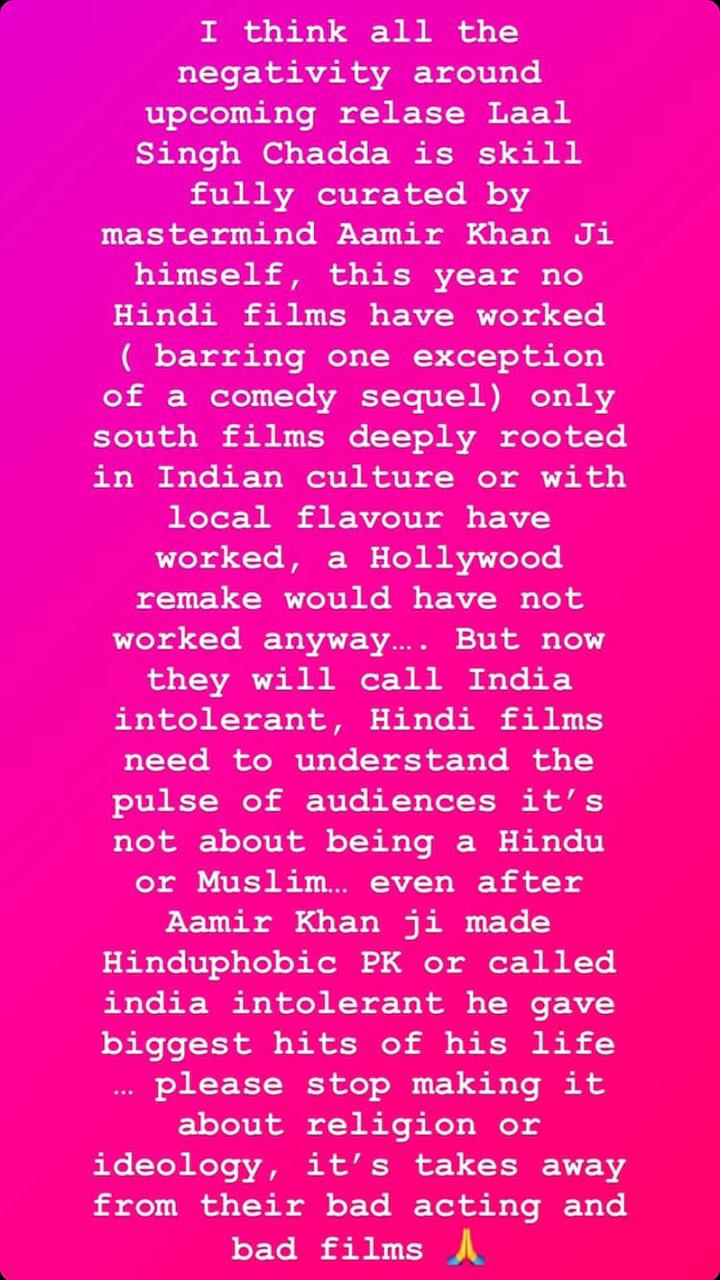 Sharing a note, Kangana wrote, "I think all the negativity around the upcoming release Laal Singh Chadda is skillfully curated by mastermind Aamir Khan Ji himself. This year, no Hindi films have worked (barring one exception of a comedy sequel) only south films deeply rooted in Indian culture or with local flavour have worked. A Hollywood remake would have not worked anyway."

Just a few days before its theatrical release, 'Laal Singh Chaddha' became the unwilling centre of controversy when some social media users went through the archives and dug up Aamir's controversial "India's growing intolerance" statement and circulated it on the micro-blogging site.

In 2015, Aamir Khan said in an interview, "Our country is very tolerant, but there are people who spread ill-will". His wife Kiran Rao also made headlines for saying that she considered leaving the country for the safety of their children. Reacting to the particular interview, Twitter users have been putting up posts using hashtags such as #BoycottLaalSinghChaddha and #Boycottaamirkhan. The Trolls also dug up when Aamir met Turkey's First Lady Emine Erdogan while he was shooting for Laal Singh Chaddha there. Netizens were unhappy with the meeting as happened in the backdrop of Turkey's increasing anti-India and pro-Pakistan stand.

The recent social media trends have got Aamir worried that he had to request people to watch his film.

“That Boycott Bollywood... Boycott Aamir Khan... Boycott Laal Singh Chaddha... I feel sad also because a lot of people who are saying this in their hearts believe I am someone who doesn't like India... In their hearts, they believe that... And that's quite untrue. I really love the country... That's how I am. It is rather unfortunate that some people feel that way. I want to assure everyone that it's not the case so please don't boycott my films, please watch my films," Aamir told Mumbai media recently.

Like netizens, Kangana, in her post, also referred to Aamir's interview where he had expressed his alarm at the state of affairs in the country.

"But now they will call India intolerant, Hindi films need to understand the pulse of audiences it's not about being a Hindu or Muslim. Even after Aamir Khan Ji made Hinduphobic PK or called India intolerant, he gave the biggest hits of his life. Please stop making it about religion or ideology. It takes away from their bad acting and bad films," she added.

Apart from Kangana, actor Milind Soman also waded into the controversy over Aamir's 'Laal Singh Chaddha'. However, he appears to have extended his support to the film with a short tweet that reads, "Trolls can't stop a good film."

'Laal Singh Chaddha' is directed by Advait Chandan. In the film, Aami will be seen sharing screen space with his 3 Idiots co-stars Kareena Kapoor and Mona Singh. It also marks the Bollywood debut of Nagarjuna's son Naga Chaitanya. The film will clash at the box office with Akshay Kumar's 'Raksha Bandhan'.

This is not the first time that Aamir has faced the wrath of people over his films. In 2014, his film 'PK' was embroiled in controversy, with Hindu outfits reportedly demanding a ban on the film for allegedly hurting religious sentiments. People alleged that the movie mocked Hindu gods. Despite the flak, the movie went on to earn around Rs 832 crore worldwide at the box office.