The operation was conducted in Rajaouri district's Thanamandi on Tuesday 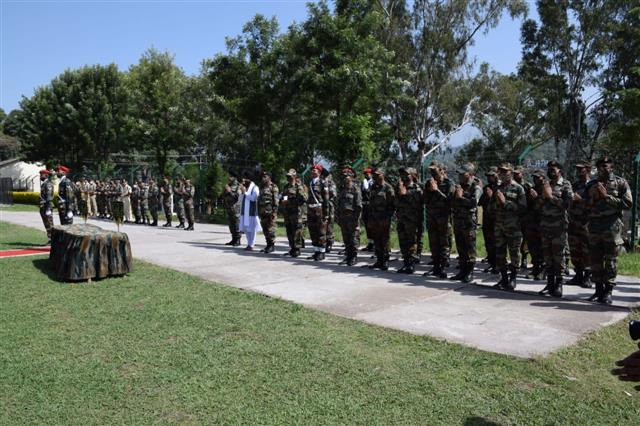 The Indian Army paid tributes to the soldiers who laid down their lives during a counter-terrorism operation in Jammu and Kashmir's Thanamandi on Monday.

Wreaths were laid by senior Army officers and civil dignitaries. The mortal remains of a Junior Commissioned Officer and four soldiers belonging to different parts of the country will be taken to hometowns.

Five soldiers were killed in counter-terrorism operations in Poonch and Rajouri.

The soldiers have been identified as Naib Subedar Jaswinder Singh of Mana Talwandi village in Kapurthala, Naik Mandeep Singh of Chalha village in Gurdaspur, Sepoy Gajjan Singh of Pachranda village in Ropar, Sepoy Saraj Singh of Akhtyarpur Dhaukal village in Shahjahanpur (UP) and Sepoy Vaisakh H of Odanavattam village in Kerala’s Kollam district.