The Taliban said female students, lecturers and employees must wear hijabs in accordance with the group's interpretation of Sharia law 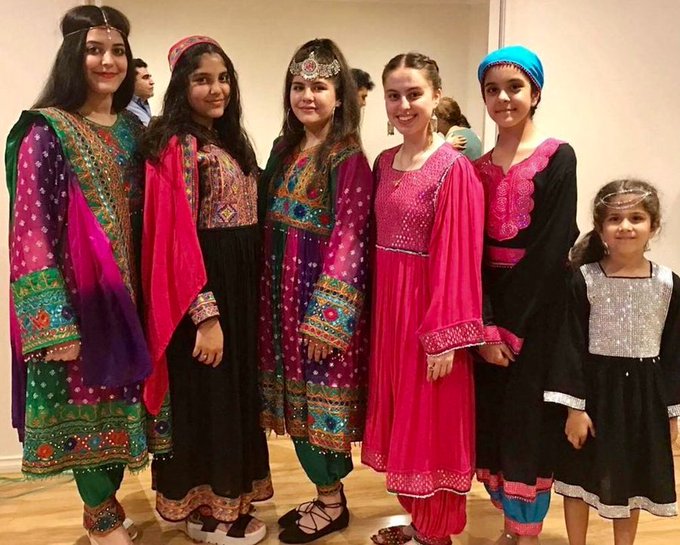 Afghan women around the world are protesting the Taliban's new hijab diktat in schools by posting photos of themselves wearing colorful traditional dresses on social media, CNN reported.

Editorial: Afghan women repressed: The situation must not regress to pre-2001 days

The Taliban have mandated the segregation of genders in classrooms and said that female students, lecturers and employees must wear hijabs in accordance with the group's interpretation of Sharia law.

Photos have emerged of a group of female students wearing head-to-toe black robes and waving Taliban flags in the lecture hall of a government-run university in Kabul.

#Afghan women organised a seminar at #Kabul University to express their support for #Hijab, segregated education and the new #Taliban government in #Afghanistan.#AfghanWomen pic.twitter.com/SJ7gIijQL8

Other Afghan women responded by posting pictures of themselves in bright and colorful traditional Afghan dresses -- a stark contrast to the black hijab mandate outlined by the Taliban.

Bahar Jalali, a former faculty member of the American University of Afghanistan according to her LinkedIn profile, helped kick off the picture posting campaign, according to other women who shared photos on Twitter., CNN reported.

No woman has ever dressed like this in the history of Afghanistan. This is utterly foreign and alien to Afghan culture. I posted my pic in the traditional Afghan dress to inform, educate, and dispel the misinformation that is being propagated by Taliban. https://t.co/jrp772jIKu

Jalali tweeted a picture of a woman in a full black dress and veil and said: "No woman has ever dressed like this in the history of Afghanistan. This is utterly foreign and alien to Afghan culture. I posted my pic in the traditional Afghan dress to inform, educate and dispel the misinformation that is being propagated by Taliban." Other Afghan women soon followed her lead on social media, the report added.

They are all women! Wearing #burqa does not make women less of a human. There is nothing wrong if a woman willingly choose to dress like that. Majority of #Afghan women wear #hijab BUT their hijabs do not look like this. These women do not represent #Afghanwomen and culture. https://t.co/kLD3Di5Ctb

Waslat Hasrat-Nazimi, head of the Afghan service at DW News, tweeted a picture of herself in traditional Afghan dress and headdress with the comment: "This is Afghan culture and this is how Afghan women dress." Shekiba Teimori, an Afghan singer and activist who fled Kabul last month, told CNN that the "hijab existed before Kabul's fall. We could see Hijabi women, but this was based on family decisions and not the government." She said before the Taliban came to Afghanistan, her ancestors were "wearing the same colorful Afghan dresses you see in my pictures".