A massive search operation is on for the past 48 hours 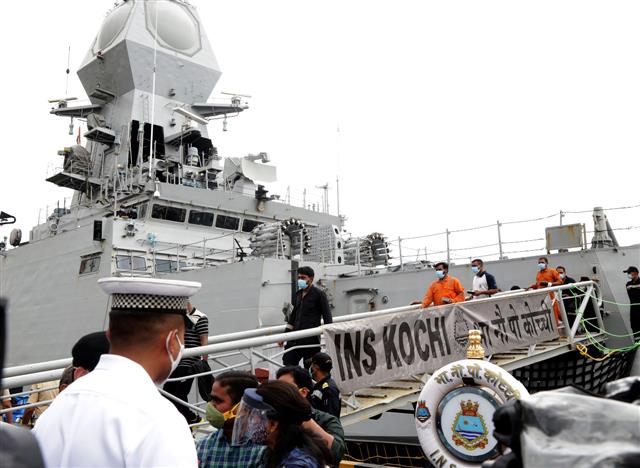 The first lot of rescued people from the sunk barge reach Mumbai on Wednesday.

Twenty-two bodies have been found in the Arabian Sea and are possibly of the persons who were on board the ill-fated barge ‘P305’ that sunk on the night intervening May 17 & May 18.

Two more survivors have been found, taking the number of those rescued from the barge to 186. Still, 53 persons are missing at sea.A DNA match of the victims would reveal their identity. A DNA sample has been collected, as part of protocol, of those working on oil rigs and at the sea. 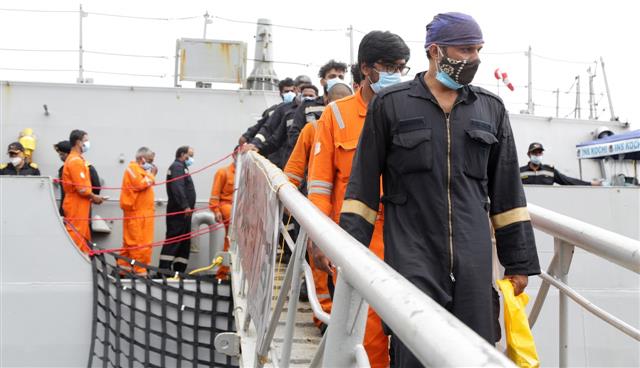 The barge was working at the Heera oil rig, part of the Bombay High oil rigs, 70 km south-west of Mumbai. It was part of six separate vessels that had been adrift at sea since Monday following the Cyclone Tauktae. All were connected with oil-drilling work or new projects at Bombay High. 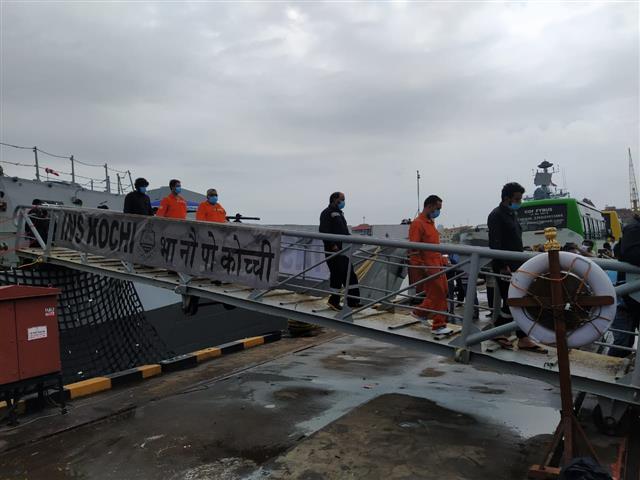 Also, the number of persons on board the ill-fated barge ‘P305’ has been down, revised from the 273 announced earlier to 261. The Navy had initially said 273 were on board the barge and this was based on the first SOS message.

The Oil and Natural Gas Commission clarified that the number on board the barge was 261. The Navy too has confirmed the figure.  A massive search operation is on for the past 48 hours.

The first lot of rescued men arrived in Mumbai on board INS Kochi, the Indian Naval warship. Three other warships, planes and helicopters continue their search for those missing at sea. INS Teg, INS Betwa and INS Beas are at the location.

Maritime reconnaissance plane P8I, fitted with sharp sensors, is scanning the area. Helicopters with sensors too are at the location. All the copters can land on decks of the available ships at sea.

The tugs of the Oil and Natural Gas Commission (ONGC) are towing the drill ship Sagar Bhushan and barge ‘Support Station 3’ to harbour. Food and drinking water have been provided to crew onboard these vessels by the Indian Navy copters. Both are carrying 297 men on board.

All the 137 personnel on barge GAL Constructor were rescued on Tuesday by the Navy and the Coast Guard.

Below are the helpline numbers shared by the Navy: