Director-General of Bihar Police Gupteshwar Pandey admitted that the Bihar Police have not been able to 'locate' Rhea. 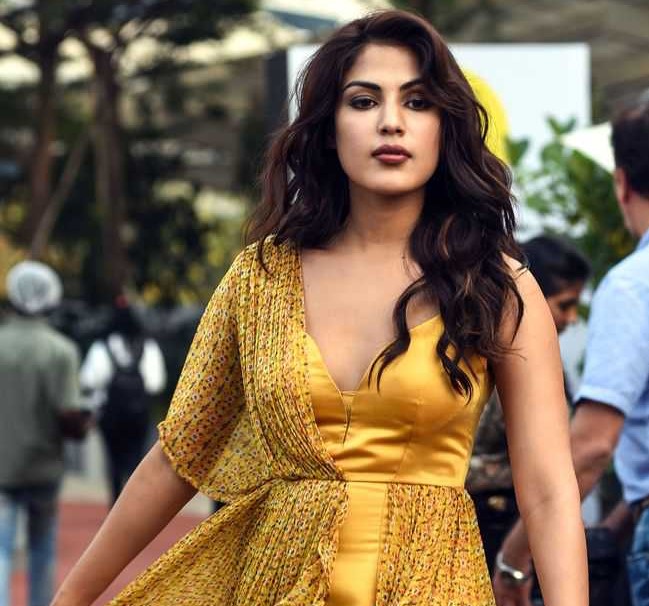 Director-General of Bihar Police Gupteshwar Pandey admitted that the Bihar Police have not been able to 'locate' Rhea.

Accepting that it could not trace Rhea Chakraborty in the Sushant Singh Rajput alleged suicide case so far, the Bihar Police on said that their motive is not to punish any innocent. "If Rhea has not done anything wrong then she should stop playing hide-and-seek with the police and come forward to clarify the things," the Bihar Police argued.

Director-General of Bihar Police Gupteshwar Pandey, on Saturday, systematically interacted with media and explained many things related to the case. In the same sequence, Pandey told a TV channel that if Rhea does not believe herself guilty, then she should stop playing hide-and-seek (Chuhe-Billi ka khel) with the police and come to record her statement.

Pandey said, "Why is Rhea running away? If he is not guilty, come forward and help the police in the investigation. We are not advocates of punishing an innocent. We would like her to stand up and if she succeeds in proving herself innocent, we will not even touch her. But if she runs away from me, then I will definitely say that we will definitely reach her one day and separate the milk from water." Actor Sushant had allegedly committed suicide in Mumbai on June 14 and his father K.K. Singh had lodged an FIR in Patna on July 25, in which Rhea has been named as the main accused. After the FIR was lodged in Patna, the Bihar Police have also reached Mumbai for the investigation.

Meanwhile, Rhea has filed an application in the Supreme Court to hear the entire case in Mumbai instead of Patna. Sushant's father, through his lawyer Vikas Singh, has also filed a counter-petition to keep the case in Patna. The case is to be heard on August 5.

Rhea is now absconding. The Bihar Police team had also visited her flat but could found her there. After this, Pandey admitted that the Bihar Police have not been able to 'locate' Rhea.

Earlier, Rhea had released a video and claimed herself innocent. On this, Pandey said that instead of telling herself innocent through video, Rhea should record her statement before the police, this will be in her favour.

Pandey said, "Rhea should put her side. We do not have any enmity with her, but if she continues to run in this way, then it will be difficult for her. I assure you that the Bihar Police are investigating at own level and the day we get the evidence against them, we will drag them out even from hell. The Bihar Police are fully capable of this task." On July 25, Sushant's father had registered a case against Rhea Chakraborty and her family members at Rajiv Nagar police station in Patna for abetting his son to suicide. After the registration of the case, the Bihar Police reached Mumbai and started investigating the case. IANS