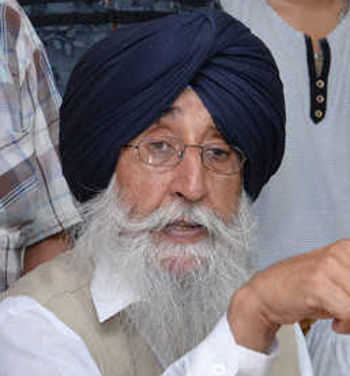 Sidhu, the prime accused in the last year’s Republic Day violence at Red Fort, was killed in an accident on the Kundli-Manesar highway in Haryana’s Sonepat on Tuesday evening.

Deep Sidhu's girlfriend a day after his death writes 'just when we were planning our future together, you are gone', posts pictures

Mann alleged the Centre led by Prime Minister Narendra Modi got Sidhu killed for his involvement in the Red Fort violence.

“We want that a senior Sikh judge should probe the sequence of events leading to Sidhu’s killing, which could be planned by some agency,” said the SAD (A) chief.

Meanwhile, supporters of Deep Sidhu organised a candle march on Wednesday night, which concluded at Shaheed Bhagat Singh Chowk at Mandi Ahmedgarh. As Sidhu had been associated with the election campaign of Simranjit Singh Mann, the supporters called upon residents to vote in his (Mann) favour.