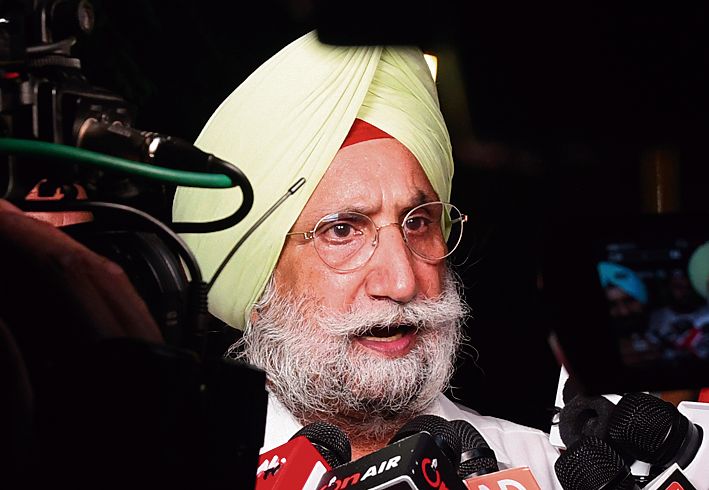 The Punjab government on Wednesday formed a special investigation team (SIT) to probe all angles involving activities of Nihang leader Baba Aman Singh's group, barbaric killing of Lakhbir Singh at the Singhu border, secret meetings between a police cat-turned-murder convict, and to find out the true identity of some Nihang leaders.

Action follows in the wake of the Tribune expose about Nihang Aman Singh meeting BJP ministers in the presence of former police cat Gurmeet Singh Pinki.

Baba Aman Singh is head of the Nihang group that allegedly killed a man at the Singhu border, by chopping off his hand.

Besides, Punjab Home Minister Sukhjinder Singh Randhawa also spoke to Akal Takht Jathedar Giani Harpreet Singh and urged him to call a meeting of various Nihang groups to find out facts regarding activities of Baba Aman Singh and allegations that many fake Nihang leaders had come up.

ADGP Varinder Kumar, Director Bureau of Investigation, would head the SIT, Randhawa told The Tribune after ordering the SIT.

He said the government had started investigating the case as Lakhbir Singh was a resident of Punjab. Also, Aman Singh’s activities had a direct bearing on Punjab. The family of Lakhbir Singh, who was lynched by Nihangs at Singhu border, has also demanded an investigation into the killing. They alleged that Lakhbir was getting many calls on his phone and would secretly take them without sharing the details with the family. In a video out on Wednesday, Lakhbir is heard yelling out a phone number stating that he was prompted by that caller to desecrate the holy book.

Randhawa said there seemed a deep conspiracy behind the incidents involving the Nihang group at Singhu border. "From the alleged sacrilege incidents to killing of Lakhbir Singh to the role of Nihang Baba with ex-police cat Pinki and others."

The SIT will also investigate the background of Baba Sarvjit Singh, who had surrendered to Sonepat police for killing Lakhbir. Randhawa said it was strange that in a video shot by mediapersons he had his hair shorn as his turban accidentally fell.