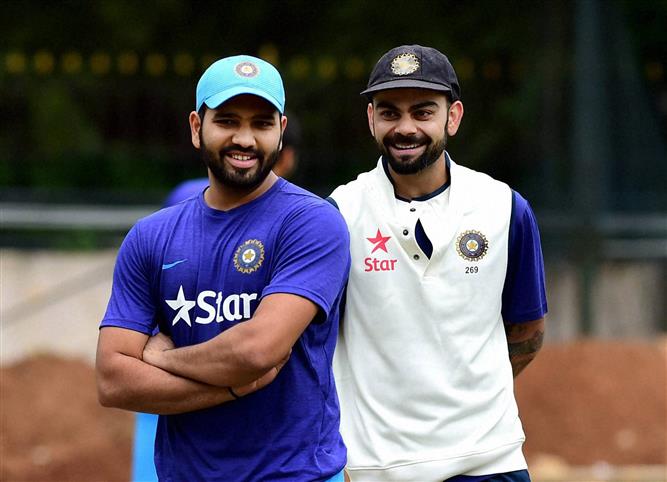 India’s Test vice-captain Rohit Sharma voiced his shock at the suddenness of skipper Virat Kohli’s decision to step down from his position.

Kohli, who stepped down as India’s One Day and T20 captain last month, decided he was going to do the same with the Test format. He announced his decision on social media on Saturday evening.

Rohit Sharma, who took over from Kohli in One Day and T20 formats and who’s now recovering from an injury, said on Instagram: "Shocked! But congratulations on a successful stint as India captain. Best wishes for the future".

Bolt from the man in blue

"Your contribution to the team as captain is invaluable," Bumrah wrote in a post.

Kohli's decision came a day after his team lost 1-2 to South Africa with a seven-wicket defeat in Cape Town. Kohli first captained India at the Adelaide Test in 2014 against Australia and was appointed to the full-time role after MS Dhoni announced his retirement from the format in January 2015.