High command sometimes has to take decisions in party interests based on feedback of MLAs and the people, he says 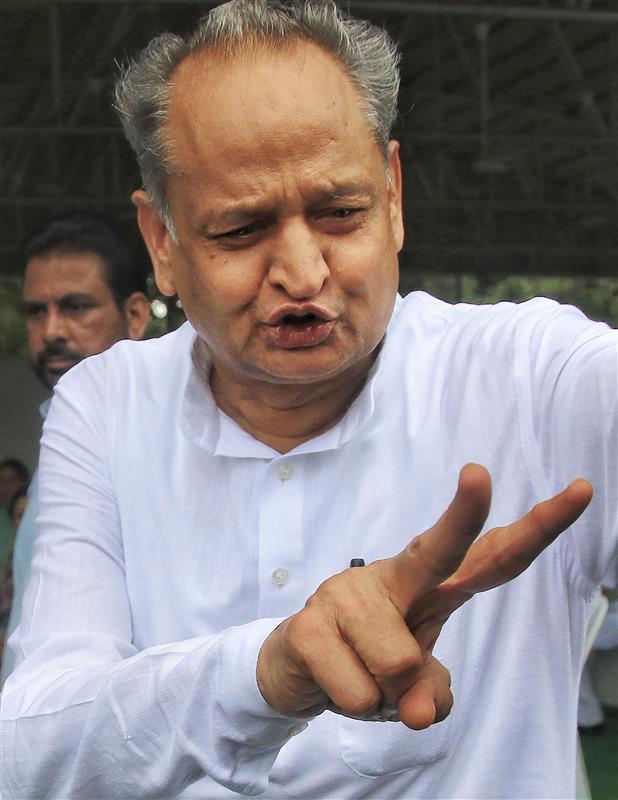 In first signs of anxiety over the exit of Capt Amarinder Singh as Punjab chief minister, Congress veteran Ashok Gehlot said on Sunday he hoped the outgoing chief minister would “heed his conscience” and won’t act against party interest.

Gehlot, the chief minister of Rajasthan, tweeted a message after Capt resigned on Saturday saying he won’t retire yet and would strike back at his time.

“I am a soldier. I will shake the hand that comes towards me but if a fist is shown I will give that back,” Amarinder Singh said on Saturday citing his humiliation by the Congress.

Gehlot, considered close to Congress chief Sonia Gandhi, on Sunday took to Twitter to appeal to Capt Amarinder to keep Congress interests in mind when deciding his future.

“Capt Amarinder is a respected Congress leader and I hope he will continue to work with party interest in mind. I am hopeful Capt Amarinder will not take any step that will hurt the Congress. Capt Singh himself said the party made him CM for 9.5 years and he worked to the best of his ability to serve the party.”

“The high command sometimes has to take decisions in party interests based on feedback of MLAs and the people,” he said

Seeking to justify the actions of Gandhis in Congress President always takes opposition of potential CM contenders in mind when finalising a CM.

“But then the same CMs start terming high command’s decision wrong when they are replaced.

In such moments leaders should heed their conscience,” Gehlot advised Capt asking him to worry about the rise of fascist forces in India and “think in the party’s and national interest.”

Amarinder Singh has said all his options were open.

The former CM has also said he was in no mood to retire and was in fact ready for a battle.

All eyes are now on Capt’s next moves and whether he would cosy-up to the BJP which has always backed his nationalist credentials.