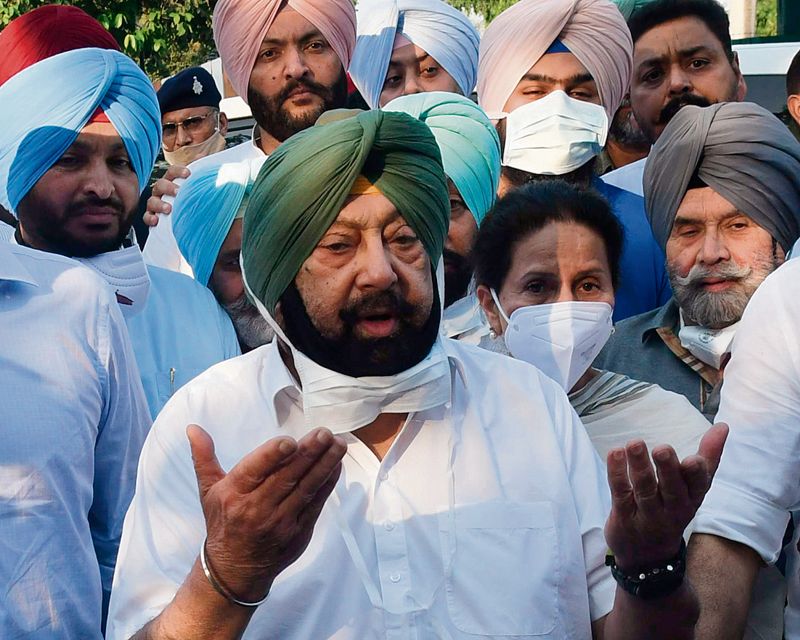 Stepping down as CM, Capt Amarinder Singh trained his guns on PPCC chief Navjot Sidhu, calling him incompetent and a security threat to Punjab and India. Talking to Sanjeev Bariana, he said he would oppose any move to make Sidhu the CM. Excerpts...

Why do you call Navjot Sidhu a security threat?

He is incompetent and a friend of Pakistan PM Imran Khan and army chief Gen Qamar Javed Bajwa. We saw them in an embrace at the opening of the Kartarpur corridor. I will not compromise on national security, never. I will fight any move to make him CM.

I will choose from among the options available. I am an Army man. I will not quit politics, and will be active in the upcoming polls.

What is your future course of action?

I will talk to friends I have made during 52 years of my political career and decide the future course. Politics is not static. It’s a moving game. Give me time. I will choose from among the options available. I have not decided as yet. I am an Army man. I will not quit politics and will be active in the upcoming polls.

You seem to have lost the MLAs’ trust. Your comment?

How is that possible? Just a week ago, I had forwarded a list to Sonia Gandhi with the signatures of 63 MLAs in my support. It is not wise to replace a CM months ahead of the elections. The results will show that. I was not informed of the CLP meeting, an indicator they were all set to remove me. I feel sad that my government’s welfare measures, particularly on the drugs front, have not been duly recognised.

Do you feel let down by the leadership?

I am not happy with the way party president Sonia Gandhi has handled the situation.

My association with Rajiv Gandhi goes back to school days. I am peeved at the baseless political chorus against me. We have fulfilled 92 per cent promises made in our election manifesto. We have done much more than promised, for example in the healthcare sector, providing the best facilities to the poor. The 18-point agenda is only a small part of the poll manifesto.

Replacing the CM is a panic reaction of the Congress high command to salvage the party situation after it failed to deliver in over 4 years. —Ashwani Sharma, Punjab BJP chief

The resignation is a self-admission on part of the Congress as well as its high command that the party has failed to deliver. —Sukhbir Badal, SAD chief

The governance in Punjab has been the biggest casualty in the Congress party’s ‘Game of Thrones’. —Raghav Chadha, AAP leader