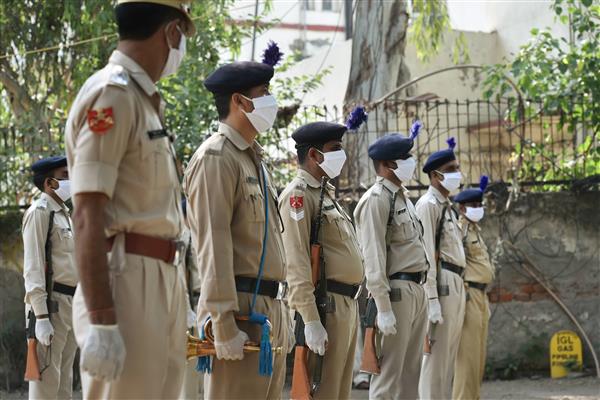 The number of Covid-positive personnel in a Delhi-based battalion of the Central Reserve Police Force (CRPF) has risen to 135, officials said here today.

With this, the CRPF appears to have become the worst Covid-19 affected among the paramilitary forces. Officials said the men belong to the 31st battalion of the paramilitary, based in Mayur Vihar, Phase-III, of the national capital that was sealed after the huge numbers of the Covid-19 infection started building up over the past few days.

“A total of 135 troopers of this battalion have tested positive for the virus,” a senior CRPF official said, adding that a total of 480 samples were taken from the unit, out of which 22 test reports were still awaited.

A mobile coronavirus testing laboratory has been stationed on the premises of the battalion to ensure quick collection of samples. A special sanitisation drive is being conducted on the campus and in its vicinity.

As most of the infected troopers are asymptomatic, it is expected that they will be cured soon, sources maintain. Those infected have been admitted to an isolation facility of the Delhi Government at Mandoli.

Twelve troopers of the battalion had tested positive on Friday and a 55-year-old sub-inspector of the unit succumbed to the disease early this week. The huge number in a single battalion (of over 1,000 troopers) has set alarm bells ringing in the establishment.

Officials indicated the primary source of the infection in this unit could be a constable (nursing assistant), who joined the battalion after leave. The jawan is posted in another CRPF battalion deployed in Kupwara of Jammu-Kashmir and it was not clear as to how he contracted the infection. The family members of the jawan had tested negative.

It could be possible that some other asymptomatic staffer from the 31st battalion was the primary source of the infection in the unit, they said. (with PTI inputs)