Aiming at showcasing an equal society where the divide between rich and poor is significantly reduced, national-award winning film Soorarai Pottru has a great screenplay that is backed by powerful per 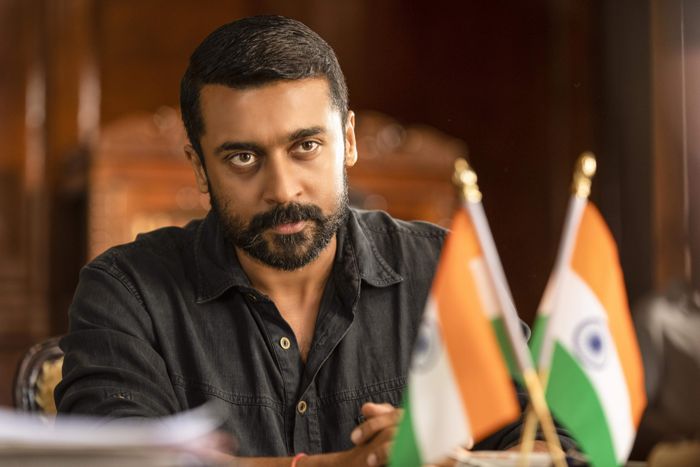 Hail the brave, they have the power not to change just their lives but of others as well. Soorarai Pottru, the much-feted Tamil film that led the 68th National Awards bagging five awards, takes one on a rollercoaster ride of ambition, determination and a never-say-die attitude.

Inspired by the life of Capt GR Gopinath, founder of Air Deccan and his memoir Simply Fly: A Deccan Odyssey, merged with stories of struggle of several low-fare airlines, Soorarai Pottru has a powerful screenplay. Yes there are stock situations — tumultuous father-son bond, three best friends navigating life’s journey, man on a mission and a fierce love story, and how well these fit within a larger-than-life dream.

The story is that of Maara Nedumaaran (Suriya) from a small village, Sholavaram, near Madurai, who gives up a career in Air Force to pursue the dream of making an ordinary person fly. Son of an idealist teacher, he is intelligent, hardworking and has the support of his family as well as friends to conceive and deliver the unimaginable for everyone in society. How the powerful aviation lobby tries to stop Maara makes for an intriguing story. Soorarai Pottru also has a love story; Bommi (Aparna Balamurali) dreams passionately about having her own bakery business, so the duo turn into partners not only in personal but professional life as well. The film bats for an equal society where the divide between rich and poor, man and woman is significantly reduced.

If fine writing by Sudha Kongara and Shalini Ushadevi, and dialogues by Karunas, is one strong point of the film, acting is another. Suriya is one of the top stars of cinema for a reason. He can enact different emotions with finesse and holds the skill to say a lot with a few words. His adversary in the film is none other than veteran actor Paresh Rawal as Paresh Goswami — his ideal turned into a bitter adversary.

Aparna Balamurali, who plays Sundari aka Bommi, is feisty and effervescent. Mohan Babu as M Naidu, Maara’s superior in the Air Force, lends able support. Vivekh Prasanna and Krishna Kumar, as friends, add to the story.

Sudha Kongara delivers an engaging script and delivers well as a director. The background score by GV Prakash Kumar deftly bring alive emotions of ambition, joy, love and failure. While the film presents many a theme and effectively so, it’s entertaining from the word go. On the downside, at 149 minutes it’s a tad long and while showcasing real stories the makers take too much cinematic liberty.

(Streaming on Amazon, the Hindi dubbed version is available with the title Udaan)