As the past and present collide in Anurag Kashyap’s Dobaaraa, one can’t help but hold ones breath in anticipation… : The Tribune India

As the past and present collide in Anurag Kashyap’s Dobaaraa, one can’t help but hold ones breath in anticipation… 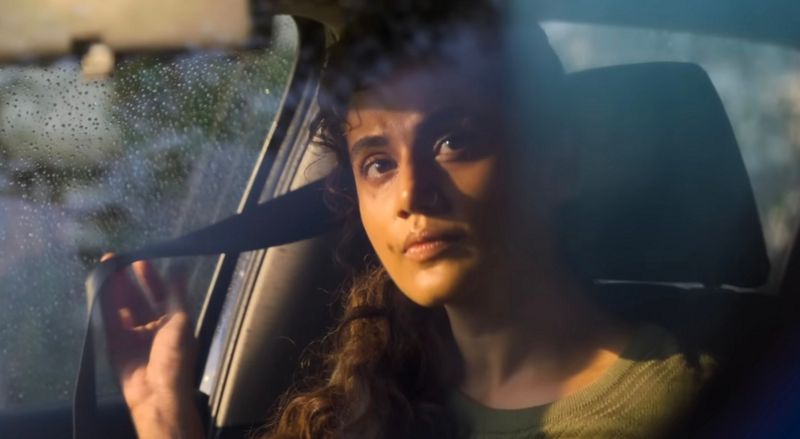 Anurag Kashyap is synonymous with complex themes and when the subject at hand is time travel, you can only expect double the complexity. So, it’s not just the title Dobaaraa that means more than one thing (again and the time 2:12), there are many layers in this thriller which is as much a time bender as mind bender.

The film begins on note of foreboding…a storm is brewing. The year is 1996. A 12-year-old boy is out biking and returns home to a single mom. A neighborhood house is the centre of suspicion… something sinister is going on and the child becomes a witness as well as a victim. Cut to year 2021 and the same house has new occupants. Anatra Bhatt (Taapsee Pannu) along with a six-year-old daughter and husband has come to live in the same house. Yet another stormy night and connections are made through an old television set and an eerie feeling sets in as the same boy Anay appears on television.

Though the film has certain elements of horror…. it’s not a horror flick. Yes, in the background of a murder…it does pan out as an engaging thriller where the crux doesn’t lie in whodunit but in the varying outcomes connected to the murder. Can Anatra prevent the impending tragedy, can she go back in time to ensure a happier outcome for Anay….

Well, the past and present collide. And thus begins a jigsaw puzzle that not only connects two time lines but different worlds and alternate realities in the same time frame. As in the much acclaimed German series Dark the question here isn’t what time but which world and which reality. Thus Antara's world in two alternate realities is markedly different. As she tries to change Anay’s past, she scripts a new present for herself. If in one time-loop she is a nurse and the mother to a six year old, in another she becomes a renowned surgeon with no child. Yes, there are connecting threads…dots that you as viewer are tempted to join, but it sure is not an easy exercise. As she grapples with her new circumstances and utters ‘mere mind ke dots aap se nahi mil rahe,’ Anurag takes you on a ride that is as confusing as thrilling. For more than one moment you are befuddled as you journey along with Antara. Taapsee as this woman caught between different worlds is in top form….her face unspools a gamut of emotions. Bewilderment, fear, love and desire to do what is just and right, her act is a sum of many parts. But as she yearns to go back to her daughter you understand her most significant reality is that of motherhood.

Other actors such as Rahul Bhat as the philandering husband, Pavail Gulati as the cop whose identity holds another suspenseful key may not have as meaty a part as Taapsee but stand their ground. So does the film which points at dysfunctional marriages. Anurag can’t help but throw in the fatal repercussion of loveless marriage. Ultimately Dobaaraa also underlines how no barrier can stop a mother’s love for her child.

An adaptation of Spanish film Mirage, this Anurag Kashyap directorial is not merely about traversing between different time zones but as much about how we can redefine even rewrite our reality. As celluloid reality Dobaaraa may not be as mesmerising as many series and films from the West (on time travel) have been. But with the right atmospherics (cinematographer Sylvester Fonseca) and background score by Shor Police), it is a fascinating addition to Bollywood’s new found interest in time loop.