Patiala: Cricket star Harmanpreet back home, gets a rousing welcome : The Tribune India

Led by her, Indian women’s team won silver at CWG-2022 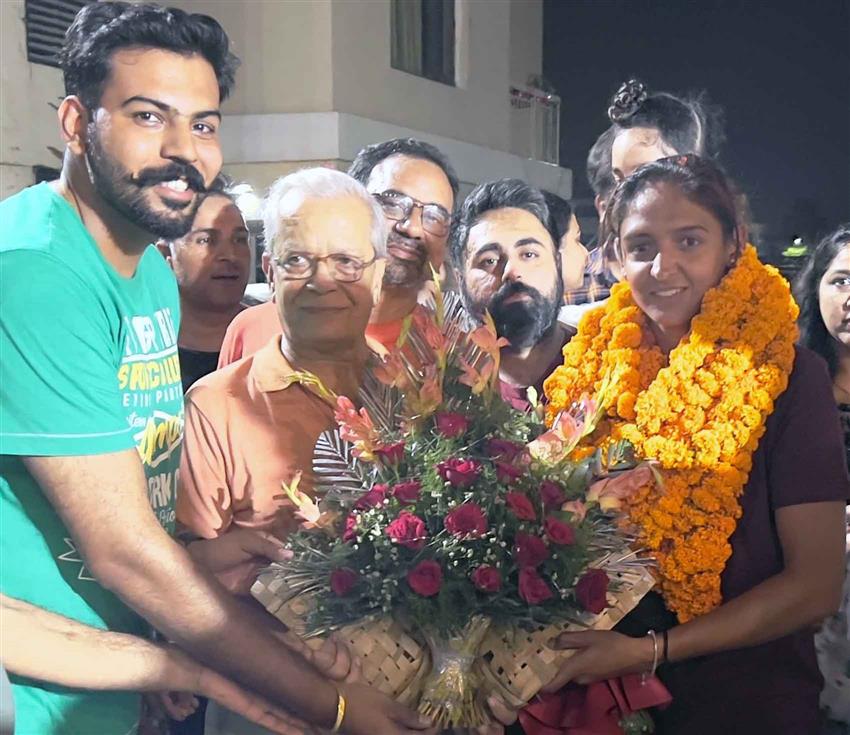 She reached the housing society around 10 pm on Wednesday. Residents, who had assembled at the gate, presenting her bouquets and garlands, showered rose petals on her and distributed sweets.

“I am honoured to lead India and it is a proud feeling. We were able to win a silver due to the hard work of the team and the support staff,” said the Indian skipper.

It was for the first time that women’s cricket has been included in the Commonwealth Games.