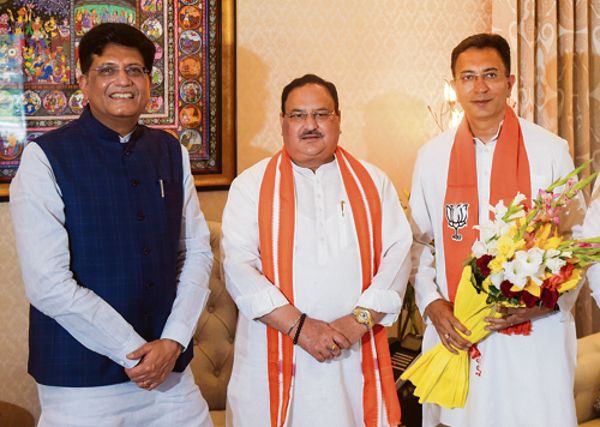 A vaccination camp underway at a temple in Phase 2, Mohali. Vicky

The district has witnessed a steep decline of 92.54 per cent in active cases of Covid-19 in the past one month. There were 10,109 active cases on May 15 while the figure stood at 754 today.

From April 15 to May 14, the district had witnessed a 108.9 per cent increase in active cases when the current infections jumped from 5,225 to 10,914. The district has witnessed about 82.23 per cent decline in daily cases during the past two weeks. From 197 cases on June 1, the daily count dropped to 35 today.

On April 15, the district Covid toll stood at 487, which increased to 748 on May 14. Till now, 1,022 people have succumbed to the virus in the district. Civil Surgeon Dr Adarshpal Kaur said a declining trend in the number of new cases was being witnessed in the district during the past few weeks and it could be due to the lockdown and travel restrictions imposed by the state government. However, she added that people should not take the virus lightly and continue to follow the Covid guidelines strictly. The Civil Surgeon said they should wear a mask and maintaining social distance.

Mohali: The district on Monday witnessed 35 fresh cases of Covid-19, the lowest since February 23 when 20 cases were reported. Meanwhile, three patients succumbed to the virus, taking the total number of deaths to 1,025. Among the new cases, 10 came from Mohali (urban), one from Lalru, two from Boothgarh, three from Banur, four from Kharar and six from the Dhakoli area of Zirakpur. The district has so far seen 67,823 cases and 66,044 recoveries. There are 754 active cases. TNS