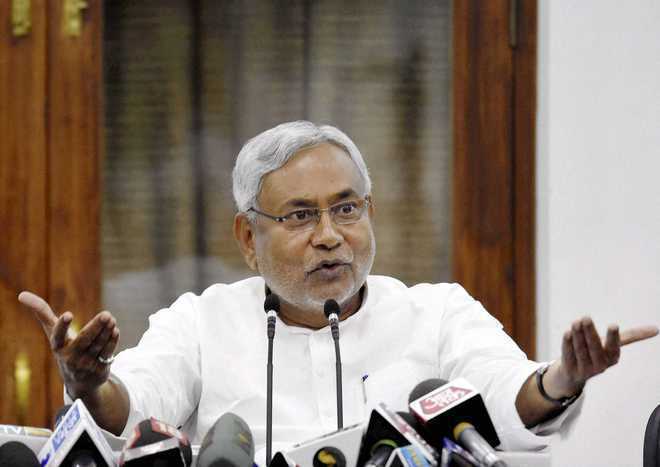 Under Nitish Kumar as Chief Minister, Bihar has claimed many distinctions. First was the ushering in of development projects and secondly, the restoring of law and order that had gone for a toss during the 13-year RJD rule. A third factor working in favour of Nitish was his acceptability, a mild-mannered man, who believed in social cohesiveness in a state riven by caste and communal considerations. All this even earned the Bihar CM the sobriquet of ‘Sushasan Babu’. Indeed the pride that Nitish took in this image of his made him break away from the BJP lest it should get dented and align with his friend-turned-foe Lalu Prasad Yadav to keep the ‘communal’ forces at bay. But the RJD leaders and cadre, buoyed by the electoral resurgence of their supreme leader, soon lent themselves to controversies at the centre of which were the two sons of Lalu Prasad Yadav, and Nitish soon was back into the BJP fold. That image which he cherishes, that of an able administrator and a man secular at heart, is once again under threat with three men lynched on the charge of ‘stealing’ cattle in the state’s Saran district on Friday.  One of them belonged to the minority community. In another incident, a local Congress leader, Mohammed Faqruddin Khan, was gunned down in West Champaran.

While it may be too early to go into the motive behind these incidents as the assailants and those attacked are said to belong to the same social group, the trends could well be watched out for. The most important thing is to ensure there is no fallout. Bihar is known for caste and communal conflagrations, the Bhagalpur riots and Bathani Tola carnage, to name a few. Private caste militias like the Ranveer Sena have held sway. The Chief Minister should ensure that it remains a one-off incident and vigilante-style justice is not dispensed in his backyard. Neighbouring Jharkhand had recently witnessed the lynching of Tabrez Ansari and it has now happened in Bihar. Law and order is the responsibility of state governments and Nitish owes it to his image and the common citizens. Bihar should not let the sore fester.