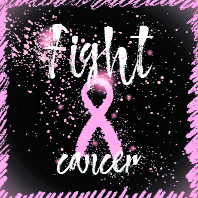 The saying ‘Early detection increases the chance of healthy outcome’ seems to be lost on women diagnosed with breast cancer. Satnam Kaur (name changed) is now no more. Reason: By the time she was diagnosed with stage IV breast cancer, the doctors had already proclaimed it was “too late”. She was given treatment, but couldn’t be saved.

It’s not that Satnam, a resident of Talwandi Sabo, didn’t show signs of cancer. She had complained of a lump in the breast for over two years, but chose to defer a visit to the doctor. However, she did go for the ancient medicine system and even visited an occultist for treatment.

Breast cancer has recently emerged as one of the most common cancers among women in the Malwa belt. Doctors at the government-run Advanced Cancer Institute and Hospital (ACI) here have cited delayed diagnosis and lack of awareness among people as the most challenging factors.

The hospital records suggest as many as 920 women were diagnosed with breast cancer in the past four years, but only a minuscule percentage was diagnosed with stage I cancer. Besides, cervical cancer has been identified as the second most common cancer with 375 cases in the past four years, followed by ovarian cancer. Lack of hygiene was observed as one of major factors for cervix cancer.

As per the doctors, there has been a sizeable increase in the number of breast cancer patients over the years. It is often seen that women from the rural belt of the region ignore the symptoms of the disease. Dr Deepak Arora, Director, ACI, says: “More than advancements in medical techniques or equipment for the treatment of cancer, efforts are required to spread general awareness about cancer, its symptoms and the right treatment for it.”