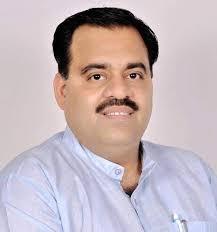 The much-awaited team of BJP president JP Nadda was announced on Saturday, with many prominent names from among the previous office-bearers missing and several new faces included.

Party leaders claimed that efforts had been made to maintain regional balance with adequate representation to all prominent states. Major changes are on the list of eight general secretaries, the crucial organisational position that serves a link between states and the central leadership. It now has five new faces, including Punjab’s Tarun Chugh, who is a national secretary at present.

Vacancies yet to be filled

His elevation holds significance in the wake of the BJP’s recent fallout with the Akali Dal over farm Bills. It is being seen as an effort by the saffron party towards projecting leadership in the state. Punjab has got another representation with the appointment of former IPS officer Iqbal Singh Lalpura as national spokesperson. Dr Narinder Singh, a Sikh leader of J&K, has also been appointed as the national secretary.

Though Haryana does not have any direct representation, newly-appointed general secretary Dushyant Kumar Gautam (Rajya Sabha MP) has state connection.

Young and fiery advocate of “Hindutva” Tejasvi Surya has made an entry as president of the party’s youth wing in place of Poonam Mahajan.

The party also gave place to West Bengal leader Mukul Roy and Maharashtra’s Vinod Tawade and Pankaja Munde in the team. Changes are also expected in the Parliamentary Board — the BJP’s highest decision-making body — where there are vacancies due to the passing away of senior leaders Ananth Kumar, Sushma Swaraj and Arun Jaitley and the election of veteran leader M Venkaiah Naidu to the post of the Vice President of the country.