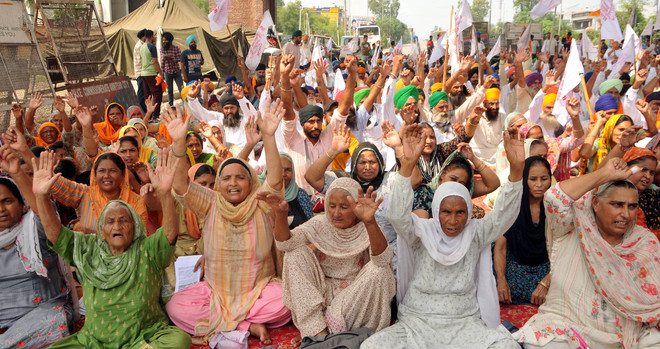 Amid farmers’ protest across the state, industrial production and dispatches came to a standstill, affecting all major industrial clusters — Ludhiana, Jalandhar and Amritsar.

Though it’s difficult to quantify the losses, industry veterans claim it may run into crores and it would also affect investor sentiments in near future.

“Not only normal life, but the industrial production and dispatches also came to a standstill as transporters did not operate amid Bharat Bandh. This is peak time for industries. Many goods produced by Ludhiana industries have to be delivered in time considering the festival season,” said Badish Jindal, president, Federation of Punjab Small Industries Associations (FOPSIA).

Contrary to other industrial cities, a majority of the industrial units in Mohali were operating, sources said.

Farmers across the state blocked highways and railway tracks at many places to mark Bharat Bandh on the call given by the Samyukt Kisan Morcha (SKM), a coalition of farmers’ unions, to mark the first anniversary of the enactment of the three agricultural laws. At various places, transport services were also suspended. Besides, shops and commercial establishments remained shut at many places.

“It’s a double whammy for industry. Initially, the industry had to shut operations for a few days in July amid power shortage. Now, again a day was lost. The worst-affected are the exporters as they have to deliver the export consignments in a time-bound manner. Amid bandh, they were not in a position to produce or dispatch the finished goods,” said an exporter from Amritsar.

As many industries are striving hard to survive after recovering from the pandemic-induced crisis, the bandh has further aggravated the problem. “Normally, on an average, we have 24-25 working days in a month. Due to protest and bandh, almost 5 per cent of the industrial production was affected across the state. This may have serious implications on domestic as well as export market,” said another industrialist who did not wish to be named.