NEW DELHI: The Supreme Court on Thursday once again refused to vacate its order for nationwide release of ''Nanak Shah Fakir'' and posted Shiromani Gurdwara Parbandhak Committee''s petition against the film for hearing on Monday. 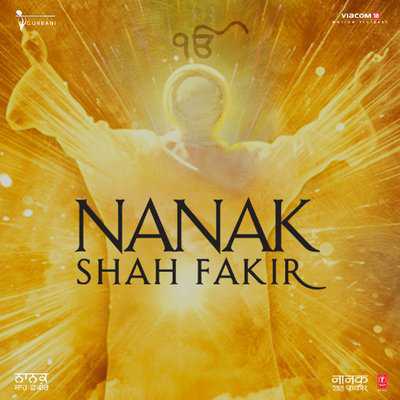 The Supreme Court on Thursday once again refused to vacate its order for nationwide release of 'Nanak Shah Fakir' and posted Shiromani Gurdwara Parbandhak Committee's petition against the film for hearing on Monday.

The controversial film -- based on the life and teachings of Sikhism's founder Guru Nanak Dev -- is slated for release on Friday.

After the Supreme Court, the Delhi High Court also refused to stay the release of the movie.

The Delhi High Court said it was unbelievable that the Delhi Sikh Gurdwara Management Committee (DSGMC), which has filed the petition challenging the no objection certificate issued by the Censor Board, was not aware of the making of film till now.

A Bench of Acting Chief Justice Gita Mittal and Justice C Hari Shankar said the “release of the film cannot be interdicted”.

The court directed the Centre to ensure maintenance of law and order and made it clear that it was not granting any ex-parte relief to DSGMC without hearing the film producer.

In Supreme Court, senior advocate PS Patwalia mentioned it again at 2 pm before a Bench headed by Chief Justice of India Dipak Misra and requested him to advance the hearing from Monday to Friday.

"Nothing would be left on Monday...Please hear it on Friday," he requested the CJI, who turned it down.

As the Bench told him that as a senior advocate he could not mention a case, advocate Satinder Singh Gulati tried to make the same request to the court.

But the Bench said, "You can't mention it twice."

The SGPC, which approached the top court against the release of the film, has contended that it was a statutory religious body having genuine religious grievance against anybody playing the role of a Sikh guru or his relative in the film.

The Bench -- which had on Tuesday criticised the SGPC for attempting to impose restrictions on the film -- said  in the morning that a film certified by the Central Board of Film Certification (CBFC) did not require SGPC's approval for its release for public viewing.

A statutory religious body like the SGPC cannot attack the certificate given by the CBFC to the film for screening in cinema halls, the Bench said in the morning while posting the matter for hearing on Monday.

“Once the CBFC gives clearance to a film, no one can object to its release without taking recourse to lawful means,” it noted.

Repeatedly requesting the top court to vacate its order for release of “Nanak Shah Fakir”, Gulati had mentioned the petition for urgent hearing before the CJI's Bench in the morning.The SGPC said there was a resolution of the statutory body adopted in 2003, which said no one should depict the role of any Sikh guru or any of their family members.

The top court had on Tuesday cleared the decks for a nationwide release of controversial film 'Nanak Shah Fakir' on April 13, saying there cannot be any obstruction to exhibition of a film after grant of certificate by the CBFC.

A three-judge Bench headed by CJI Misra had criticised the SGPC for attempting to impose restrictions on the film.

No group, body, association or individuals can create any kind of disturbance in exhibition of the film after the CBFC certification, it had said.

“In any case, such bodies, groups or individuals cannot assume the position as if they are the authorities to grant certificate or unless they feel that the movie is to be released, it should not see the light of the day. The thought, the least said, is unacceptable,” the Bench, which also included Justice AM Khanwilkar and Justice DY Chandrachud, had said.

Producer Harinder S Sikka, a retired Naval officer, had petitioned the top court claiming that the SGPC had recently banned the release of the film -- based on the life and teachings of Sikhism's founder Guru Nanak Dev -- even after the CBFC gave it’s nod on March 28.

Issuing notice to the Centre and all states, the Bench asked them to ensure that law and order was maintained and no one was allowed to create any disturbance in states where the film was released.

The Bench, which has been vocal in its support for creative freedom of filmmakers in recent times, posted the producer's for further hearing on May 8.

“Once the film is granted certificate by the competent statutory board, unless the said certificate is nullified or modified by any superior authority, the producer or distributor of the film has every right to get it exhibited in a movie hall,” the Bench had said. If such activities were encouraged, it could potentially bring in "anarchy and cripple the right of freedom of speech and expression", it had noted.

“It is the duty of the state to facilitate the enjoyment of right, which has the sanction of law,” the top court said and directed the petitioner to communicate its order via e-mail to all the concerned authorities, so that needful can be done.

The Bench had said it was yet another example of a private body attempting to curtail freedom of expression of an author who scripted an idea in celluloid language.

Sikka, in his plea, had sought protection of the fundamental right of speech and expression and propagation of religious views, which, he claimed, was being curtailed by certain sections having vested interests in scuttling the release of the movie.

The film was initially cleared by the CBFC on March 30, 2015, and slated for release in April 2015, but after large scale protests, it was banned in Punjab for two months. Thereafter, Sikka had withdrawn its worldwide release.