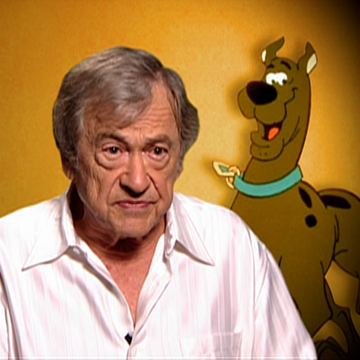 Animator and Scooby Doo co-creator Joe Ruby has died at the age of 87 due to natural causes.

According to Variety, the animation veteran, who co-created the beloved kids show “Scooby-Doo, Where Are You!” at Hanna-Barbera productions, passed away on Wednesday at his home in California's Westlake Village.

Ruby and Spears met when they were working as sound editors at the cartoon giant Hanna-Barbera and went on to create the popular series centering on the talking Great Dane and his friends Velma, Daphne, Shaggy and Fred.

The animation show premiered on CBS in 1969 and four of the first 25 episodes were written and story-edited by them.

The duo also created other memorable cartoons such as "Dynomutt”, “Dog Wonder” and “Jabberjaw”.

They moved to CBS in 1970s to supervise the network's lineup of Saturday morning cartoons and years later launched their eponymous Ruby-Spears Productions under which they backed animation classics “Thundarr the Barbarian”, “Mister T”, “Superman” and “Alvin and the Chipmunks”.

The banner was acquired by Hanna-Barbera parent Taft Entertainment in 1981.

“He never stopped writing and creating, even as he aged,” his grandson Benjamin Ruby said.

Calling him one of the most prolific creators in the animation industry, Warner Bros. Animation and Blue Ribbon Content president Sam Register said Ruby made mornings special for children across the globe.

“He was one of the most prolific creators in our industry who gifted us some of animation's most treasured characters and it was a thrill to host him at our studio,” Register said.

“Scooby-Doo has been a beloved companion on screens for more than 50 years, leaving an enduring legacy that has inspired and entertained generations. We at Warner Bros. Animation have the privilege and honor of carrying on that legacy and send our warmest thoughts to his loved ones,” he added.