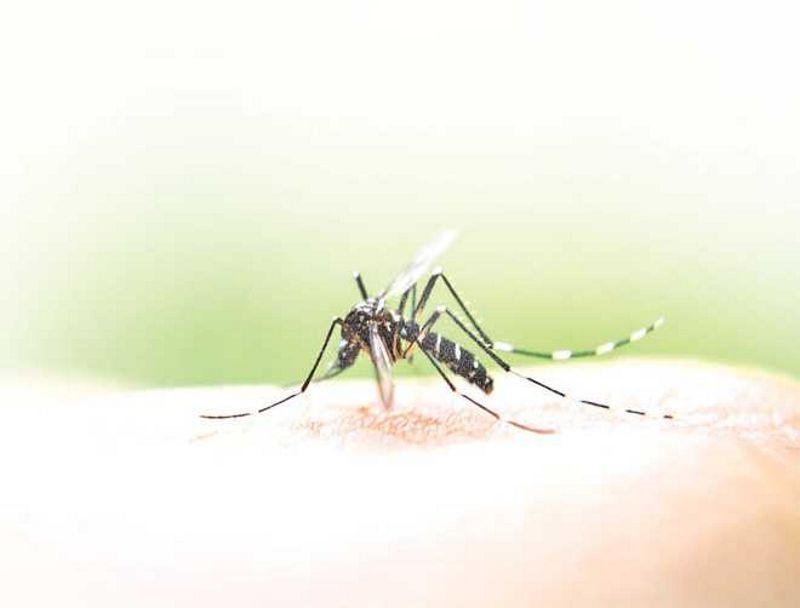 Dengue cases in Chandigarh have crossed the 500 mark with 36 fresh cases recorded today. This is the highest number of cases seen 2017. - File photo

Dengue cases in Chandigarh have crossed the 500 mark with 36 fresh cases recorded today. This is the highest number of cases seen 2017.

Of 581 cases logged this year, 497 cases have surfaced in October itself. Of 36 cases registered today, 13 were reported from Mauli Jagran and seven from Sector 20. 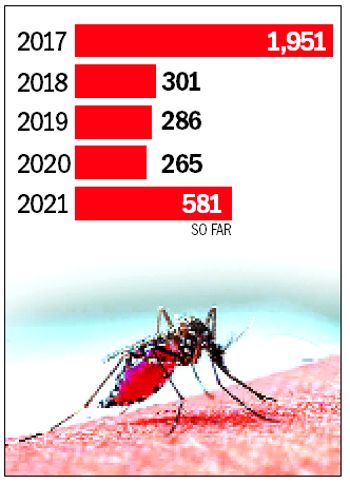 Considering delayed rain during September, all sort of preventive and punitive measures are being taken to control the spread of vector-borne diseases by the UT Health Department.

The measures include holding awareness and education programmes across in the city, fogging and spray at public/private places in coordination with the Municipal Corporation, checking and inspection of vulnerable places and issuing notices and challans. A total of 8,312 notices and 451 challans have been issued till now. Around 331 show-cause notices have also been issued to private and government institutions.

UT Health Secretary Yashpal Garg said, “The conducive conditions of water stagnation coupled with climatic factors will increase the possibility of vector-borne diseases. To tackle this situation, the malaria wing of the Health Department has started house surveys and area surveys for checking mosquitogenic situations since March onwards.”

“Defaulters are being issued notices/show-cause notices. Field interventional measures such as source reduction, anti-larval measures are being carried out by field staff all over Chandigarh,” said Garg.

Mohali: As many as 85 fresh cases of dengue surfaced in the district during the past 24 hours, taking the total number of cases to 1,981. No new fatality due to the disease was reported from across the district, said health officials. Of the total cases reported in the past two months, 344 surfaced in September and the remaining this month. The district reported two deaths in September while the the vector-borne disease claimed 21 lives this year. TNS

Panchkula: With 26 fresh cases reported today, the dengue tally in the district has crossed the 400 mark. The currently tally stands at 422. The official count of death due to the vector-borne disease remains zero. Members of the House Owners’ Welfare Association (HOWA) Sector 10, in their core committee meeting today, raised concern over the Health Department’s claim of zero dengue deaths during this season. Bharat Hiteshi, chairman, HOWA, said even after the death of three dengue patients in their locality, the Municipal Corporation had not yet complied with a demand of the association for conducting house-to-house fogging in Sector 10. TNS