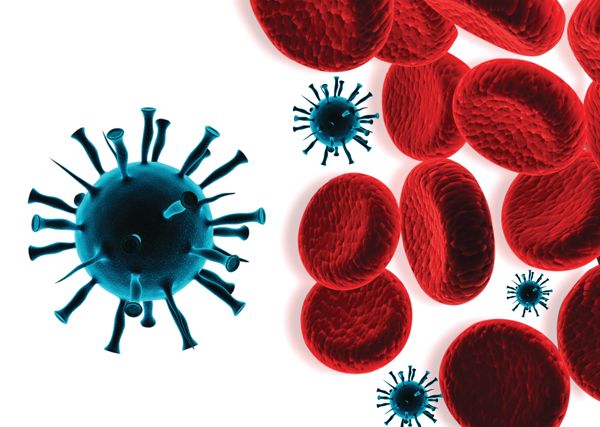 Twentynine fresh cases of Covid were reported in Ludhiana district on Thursday. A 53-year-old man from the Punjabi Bagh area of Ludhiana, who was admitted to the Civil Hospital here, lost his life to the virus.

Twentynine fresh cases of Covid were reported in Ludhiana district on Thursday. A 53-year-old man from the Punjabi Bagh area of Ludhiana, who was admitted to the Civil Hospital here, lost his life to the virus.

The Health Department today confirmed 50 cases, including 29 from Ludhiana and 21 from other districts or states. In Ludhiana district, five patients came in contact of positive patients, eight visited OPDs, 13 with influenza-like illness visited the Flu corner. Besides, three patients, including a health care worker, tested positive for the virus. 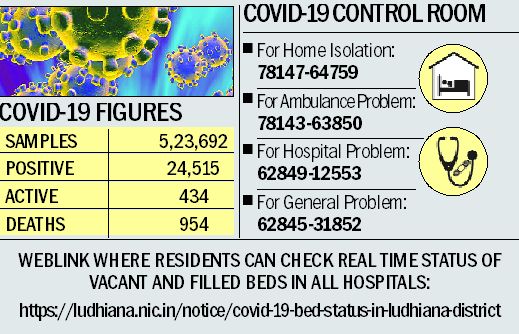 Civil Surgeon Dr Rajesh Bagga confirmed that two patients, including one each from Ludhiana and Mansa districts, had died of the virus. Deputy Commissioner Varinder Sharma said there were 434 active patients in the district at present.

Now, the total number of persons who lost their lives, included 954 people from Ludhiana and 440 from other districts. Till date, 54,425 persons had been kept under home quarantine in the district and at present, the number of such persons was 1,682. Today, 84 persons were sent for home quarantine. He said 2,496 samples of suspected patients were sent for testing today and their results were expected shortly.

A Covid positive man, who recently came back from the UK and got himself admitted to Fortis Hospital, Ludhiana, has been shifted back to Delhi. According to information, his RT-PCR test for Covid had come out positive, but he had reportedly managed to come out of the Delhi airport and reached Ludhiana.

Notably, a new strain of Covid-19 has been recently found in he UK. ADC Ludhiana Sandeep Kumar said, “We have no information which strain the man was carrying. According to government guidelines, as soon as any flight lands from the UK in India, every passenger is to undergo RT-PCR test for Covid. The man had slipped out of the airport and reached Ludhiana. After receiving a call from Delhi, he has been shifted been shifted from Fortis Hospital Ludhiana to Delhi’s LNJP hospital. His wife, who was with him, was isolated.”

He said, “We are going to issue a show-cause notice to Fortis Hospital Ludhiana for not sharing information regarding this patient.”

Responding to a query that anyone could register for vaccination through COVA app, the Deputy Commissioner clarified that the online registration was being done only for doctors, para-medical staff, anganwadi and Asha workers. He further said that whenever this registration was open to the general public, all people would be informed through various sources.