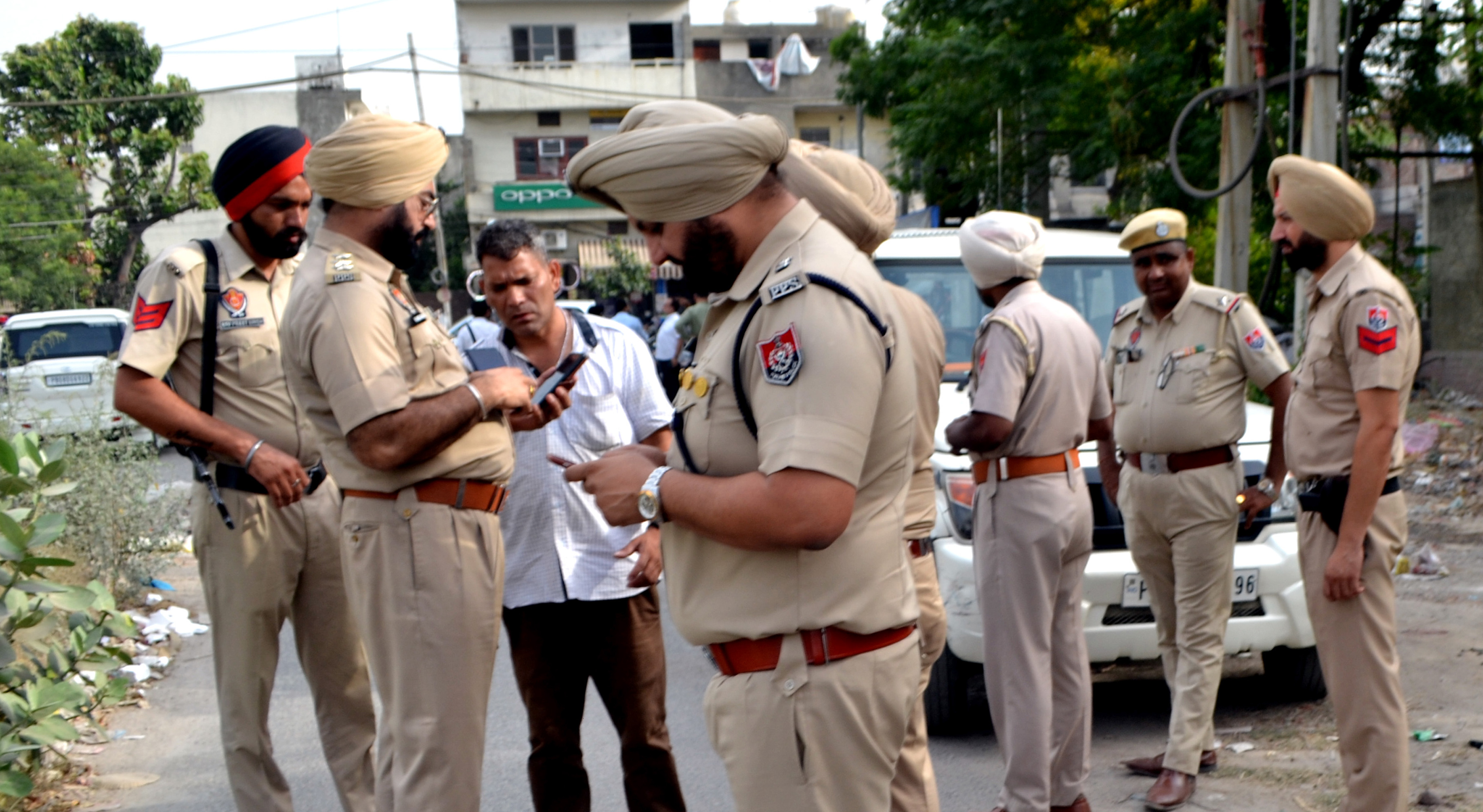 Cops investigate the spot where a car was snatched from a driver in Amritsar on Monday. Vishal Kumar

Two unidentified persons snatched a car from the driver of a garment trader from near Trillium Shopping Mall located on the Circular Road near Medical Enclave here on Monday.

The accused sprayed something in the eyes of the driver, identified as Balbir Singh, before fleeing with the car.

The police have started investigations to trace the car and identify the suspects, while senior police officials, including ADCP Prabhjot Singh Virk and ACP North Palwinder Singh, reached the spot.

According to information, the incident occurred around 4 pm. The victim fled towards the Rattan Singh Chowk area. ACP Palwinder Singh said investigations were on. He said CCTV cameras in the area were being scrutinised to get some clues.

Raman Kumar, a resident of DR Enclave, said he had a cloth factory and he along with his driver Balbir had come to his office near Trillium Shopping Mall. He said he alighted from his car and entered his office, while the driver was inside. He said two persons with faces covered came to Balbir and enquired about some place. He said as Balbir came out, the accused took out a bottle and sprayed something in his eyes leaving him ‘blind’ for some time. Taking advantage of this, one of them sat in the car and fled from the spot. The police have registered a case and launched further probe.