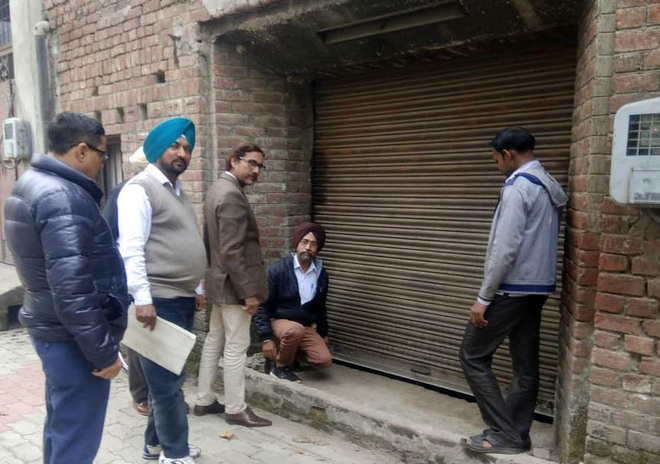 On the directions of the Joint Commissioner of the MC, the property tax wing cracked the whip on tax defaulters and sealed 20 commercial properties to collect tax in the last 24 hours.

A team, led by Superintendent Pushpinder Singh, sealed eight commercial establishments in the south zone. The properties sealed included a furniture house in Bhori Wala Bazar, a powerloom mill on the Tarn Taran Road, a general store in Bhori Wala Bazar, a denting-painting workshop on Tarn Taran Road, a cloth house on Chatiwind Road, a general store at Lashmansar, a karyana store at Chatiwind bazaar and a general store at Lakshmansar.Meanwhile, a team, led by Superintendent Lovleen Sharma, sealed 12 shops on Chabbal Road, Lohgarh Gate and Fatahpur.

Zonal staff has sealed almost 40 properties in the last one week. Senior officials of the MC asked the zonal staff to seal properties and serve notices. The MC has set a target of Rs 35 crore to be collected till March 31.