There is a feeling of complacency due to the number of Covid-positive cases going down since October. Then, there is an element of pandemic fatigue, with people getting tired of staying indoors and being asked to avoid eating out or travelling. Even wearing a mask and maintaining social distancing seem to have become a burden for some. From a period of strict lockdown, we have come to a stage of recklessness. We must accept that like the US and Europe, India is likely to witness a resurgence of 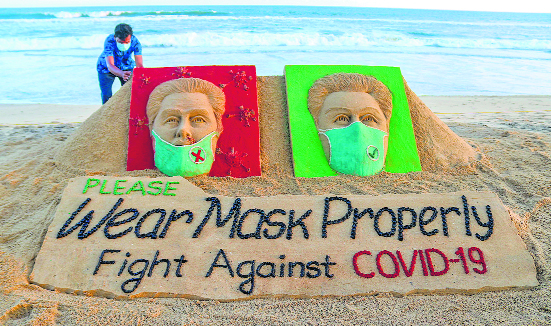 Vital: Follow the Covid-19 norms during the festive season to prevent a surge. 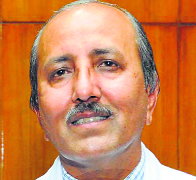 In 1918, the world was ravaged by an influenza pandemic, known as the Spanish flu. It lasted for two years and spread across the world, infecting nearly 500 million people and killing 20-50 million. It is considered the deadliest pandemic in modern history. It affected many world leaders, including US President Woodrow Wilson. Since the beginning of the Covid-19 pandemic earlier this year, historians and scientists have been studying the 1918 outbreak for ways to contain it.

The Spanish flu had erupted in the US at the Kansas military base in March 1918 and soon spread across the country, the movement of soldiers during WW-I being responsible for the multiple waves. By April and May of 1918, it had spread like wildfire through England, France, Spain and Italy. In the next couple of months, there seemed to be a respite, but beginning August, a second wave began, with probably a mutated virus and very high mortality. Years later, the cause of the high death rate was explained by what today is known as the cytokine storm. A third wave erupted in Australia in January 1919 and spread back to the USA and Europe.

In India, the pandemic broke out in Mumbai (then Bombay) in June 1918, possibly via ships carrying troops on their way back from the World War in Europe. The outbreak then spread across the country by August. It hit different parts of the country in three waves, with the second one being the highest in mortality rate. It was estimated that 14 to 17 million people had died, the highest in the world.

How did the world fight the Spanish flu? There were no anti-viral drugs, the respiratory support system was primitive, there was a shortage of doctors and nurses due to the war and medical care facilities were grossly inadequate. Public health experts had realised from previous epidemics that the containment of the virus was the best bet.

Resultantly, isolation of patients and quarantining them emerged as the way out. To prevent the spread of the disease, social distancing was introduced and wearing a mask made essential. In 1918, in San Francisco, a health officer shot dead three people for refusing to wear the mandatory mask. In Arizona, a $10 fine was imposed for flouting protective gear norms. In addition, social distancing was enforced by way of closure of schools, churches, theatres, bars and other gatherings. It was also noted that cities and states which relaxed the intervention measures early had a resurgence of cases and much higher overall mortality. Studies done as recently as 2007 found that the key to flattening the curve was social distancing. It remains true a century later!

The key measure against Covid-19 dates back to the fight against the Spanish flu. The use of the face mask was a new concept then. Johann Mikulicz, Head of the Surgery Department of the University of Breslau (now Wroclaw, Poland), was the first surgeon to wear a face mask in 1897. He described it as a piece of gauze tied by two strings to the cap, and sweeping across the face so as to cover the nose and mouth and beard. Masks were usually made of several layers of cotton gauze, sometimes with an additional layer of impervious material, held by a metal frame. The goal was to prevent respiratory droplets from being transmitted from and to the wearer.

The Spanish flu pandemic saw the first large-scale use of face masks in the world. Disposable masks were introduced only in the late 1960s and N-95 in 1995. Today, the mask has become one of the major preventive steps to combat the spread of Covid-19.

Where do we stand today regarding the current pandemic and what can we learn from the Spanish flu? There have been more than 40 million cases the world over, with more than 11 lakh deaths. In India alone, over 78 lakh cases have been reported till now. While the numbers had come down in the US and Europe drastically by June, there has now been a resurgence of cases there. The resurgence of cases is being attributed to pandemic fatigue, carelessness, I-don’t-care attitude and the opening of bars, theatres and beaches. In fact, in some countries, the numbers have now exceeded the cases seen there in April-May. The second wave in Europe has set in and countries like France, Belgium and England have again imposed restrictions, with the shutting of bars, theatres and public gatherings and the imposition of night curfew.

In India, the coming few months are crucial. The ongoing festival season is likely to witness poor compliance of social distancing and breach of personal protection. The surge in cases in Kerala in the past month is being attributed to overcrowding and negligence in wearing masks and social distancing during Onam. The change in weather towards cooler temperatures is also likely to favour the spread of the virus.

Moreover, there is a feeling of complacency due to the number of Covid-positive cases going down since the beginning of October. Then, there is an element of pandemic fatigue, with people getting tired of staying indoors and being asked to avoid eating out or travelling. Even wearing a mask and maintaining social distancing seem to have become a burden for some. From a period of strict lockdown, we have come to a stage of recklessness. We must accept that like the US and Europe, India is likely to witness a resurgence of cases.

Recent reports from many parts of the country show that less than 10 per cent of the population has been exposed to the virus as yet. Hence, the majority of our citizens is still at risk. The Union Health Minister, Dr Harsh Vardhan, recently said that India was far from having achieved any kind of herd immunity. It necessitates that we continue to follow the Covid-appropriate behaviour.

The WHO has also said that herd immunity has never been used as a strategy for responding to an outbreak, let alone a pandemic in the history of public health. If we allow a majority of the population to get infected, as had happened during the Spanish flu, we will have to pay a heavy price in terms of deaths. Also, we are yet months away from an effective vaccine, with none of the candidate-vaccines having completed their phase 3 trials.

Another dampener has been the news from the Solidarity trial that the antiviral drugs, including Remdesivir, are actually not effective in saving lives from the virus. However, a recent report in the New England Journal of Medicine says that Remdesivir may be of some help in a select group of patients.

To prevent an increase in the number of cases in the next few weeks and months, our efforts need to be redoubled, especially now that the last phases of the lockdown are being lifted, with multiplexes getting opened and trains being restored. In the festival season of Durga Puja, Eid, Dasehra and Diwali, we must avoid crowded places and shun avoidable travel. The Union Health Minister recently urged people to stay away from large congregations and diligently follow the Covid-19 guidelines during the festive season, saying that no religion or God asks people to celebrate festivals and put their lives to risk.

Thus, we must persevere with our efforts of social distancing, wearing a mask and practising hand hygiene — the three golden rules of the fight against the virus.