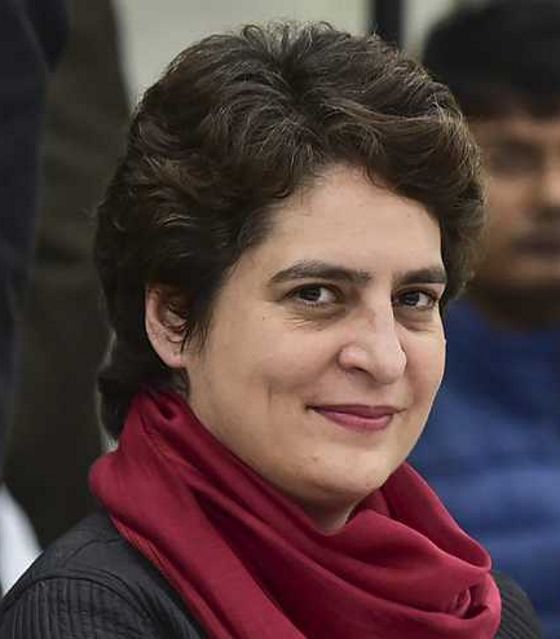 Even as leaders of both the BJP and Congress are keeping their fingers crossed ahead of the counting for the Vidhan Sabha polls tomorrow, the arrival of Priyanka Gandhi at her residence here yesterday has further charged up the political atmosphere in the state.

Great significance is being attached to the presence of AICC general secretary Priyanka Gandhi here on the counting day, as she had spearheaded her party’s campaign in the state. She is staying at her residence in Chharabra, near here. She could play a pivotal role in the political developments in the Congress that could unfold tomorrow. As per the directives of the party high command, CM Jai Ram Thakur has been asked to stay in the state capital to garner the support of Independents in case of a fractured mandate. Fearing a dent in its vote bank from 21 rebels, the BJP has been maintaining a close watch on them and is hoping to rope them in to repeat its government.

Thakur spent some relaxed moments today as he took a stroll on the Mall and Ridge, accompanied by Election Co-Incharge Devinder Rana. Both enjoyed golgapaas on the Ridge and interacted with people.

The stakes are high for BJP national president JP Nadda, with Himachal being his home state. Hence, a win for the saffron party in the hill state remains imperative.

A total of 412 candidates, including 34 women, contested for the 68 Assembly segments on November 12. The electoral fortunes of the CM, his 10 ministerial colleagues, Vidhan Sabha Speaker Vipin Parmar, Congress Legislature Party Leader Mukesh Agnihotri and chairman of the campaign committee Sukhwinder Singh Sukhu will be known tomorrow.

Apprehending poaching of its legislators in case no party gets a clear majority, the central leadership of the Congress has kept a plan ready. Sources said the strategy would be put into action if required, otherwise the leadership is confident that the party will get a complete majority.

Senior Congress leaders have started lobbying for the post of Chief Minister.