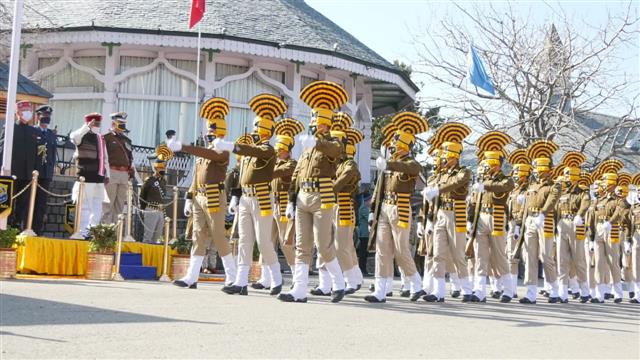 The 72nd Republic Day was celebrated across Himachal Pradesh on Tuesday with gaiety despite a sunny but chilly morning.

Governor Bandaru Dattatreya unfurled the national flag at the historic Ridge in the state capital where Chief Minister Jai Ram Thakur, his cabinet colleagues and government functionaries were among those present.

In snow-marooned Keylong, headquarters of Lahaul and Spiti, and Rekong Peo in Kinnaur district, people took part in the flag-unfurling ceremonies and also witnessed the march past by the security personnel as well as cultural programmes staged by children.

In Shimla, the Governor took the salute at an impressive parade by contingents of the police, Indo-Tibetan Border Police, Home Guards, Army, NCC and Ex-Servicemen. IANS