Headache for residents: Covered in dust, vehicles jostle for space while officials fail to find a solution 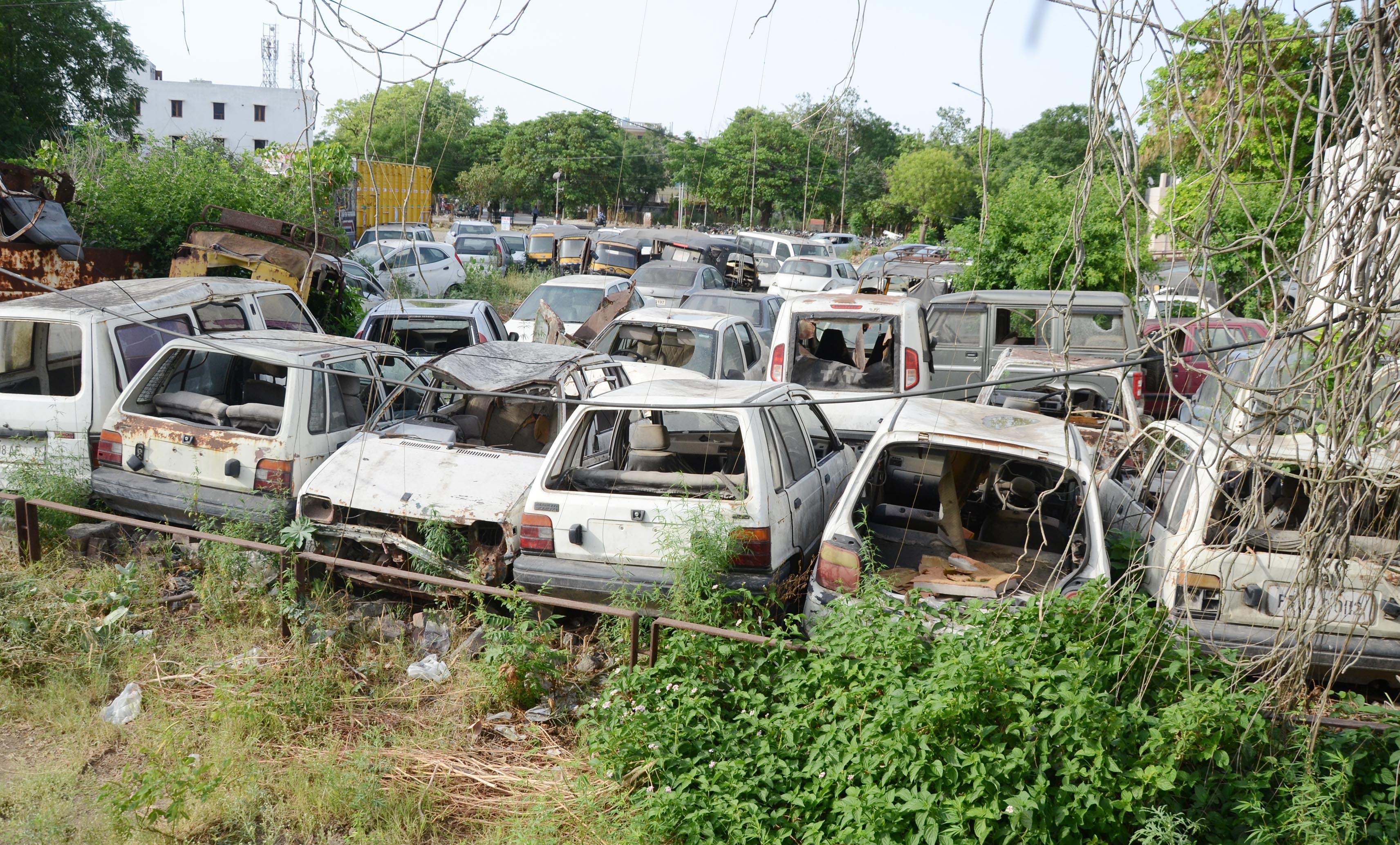 With no mechanism in place, seized vehicles rot in the open and are eating up the parking space at Police Station No. 7, Urban Estate, Phase 1, area in Jalandhar. Tribune photo: Sarabjit Singh

The premises of police stations across the district have turned into scrapyards. Scrapped vehicles, covered in dust and ruins, jostle for space while officials fail to find a solution.

The situation in most of the police stations like Maqsudan Chowki, Division No. 7 and others across the city is same. Moreover, the huge pile-up of vehicles has become a headache for the Punjab Police and the space within the premises to stash up this rusted scrap is running out. Besides, a large number of vehicles at some places can also be seen rotting outside the police stations rendering inconvenience to commuters and obstructing traffic.

Bhupinder Kaur, a resident of Urban Estate Phase I, while talking to Jalandhar Tribune said, “Many vehicles have been parked outside the police station, they remain covered with dust and rust. The numbers of vehicles are also increasing day by day, obstructing the movement of pedestrians and bike-borne commuters,” she said.

She further said those visiting police stations were forced to park their vehicles on the roads. “We Urban Estate Phase I residents have taken up this matter with the MLAs and other authorities concerned during elections but no action was taken.”

Another resident, Kamal Kishore said: “These dumped vehicles have also become a breeding ground for mosquitoes and other poisonous insects. After the recent rains, water has become stagnant in these vehicles. There is a risk of diseases like malaria and dengue.”

He also said the Supreme Court had directed all state governments and union territories to dispose of all case property material, including vehicles. However, the police are yet to find a means to dispose of this waste. “Many of these vehicles have eroded to the extent where they are of no use in their respective cases,” he added.

Earlier, in 2018 also, the state government had said as per a ruling of the apex court, it has constituted a committee of departmental officers to dispose of such vehicles. “Special drives to dispose of all junk lying on police station premises were decided to be organised. But as majority of these vehicles belong to drug smuggling cases, accident cases, traffic violations and dowry, owners of such vehicles are least interested in taking them back,” said a senior police official.

Commissioner of Police Gurpreet Singh Toor said the confiscated vehicles belong to three-four categories. “Those which were used for criminal activities could be disposed of only after the winding up of the case. But we have recently conducted a survey and the process to dispose of these vehicles is underway and would be done soon,” he added.