Society puts up posters against Jalandhar MC : The Tribune India 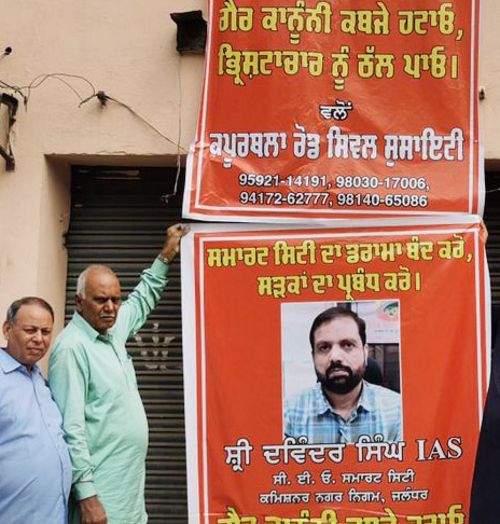 ‘Smart city da drama band kro, sadka da prabhand kro’ (End this ‘Smart City’ drama, and fix the roads). This is what the poster displayed along a stretch of the Kapurthala Road reads. The Kapurthala Road Civil Society had announced two days back that they would be installing the poster.

The poster also demands, ‘Gairkanuni Kabze hatao, Bhrishtachar nu thal paao’ (Remove the illegal encroachments. End the corruption). A picture of MC Commissioner Devinder Singh is also put on display. The society members stated that the road has been in a deplorable condition. They said they had met with the MC officials earlier too. “The officials had promised us that the problem would be resolved within 15 days. But one month on, everything remains unchanged,” the members alleged.

They explained that this inaction was the reason why they put up the poster.