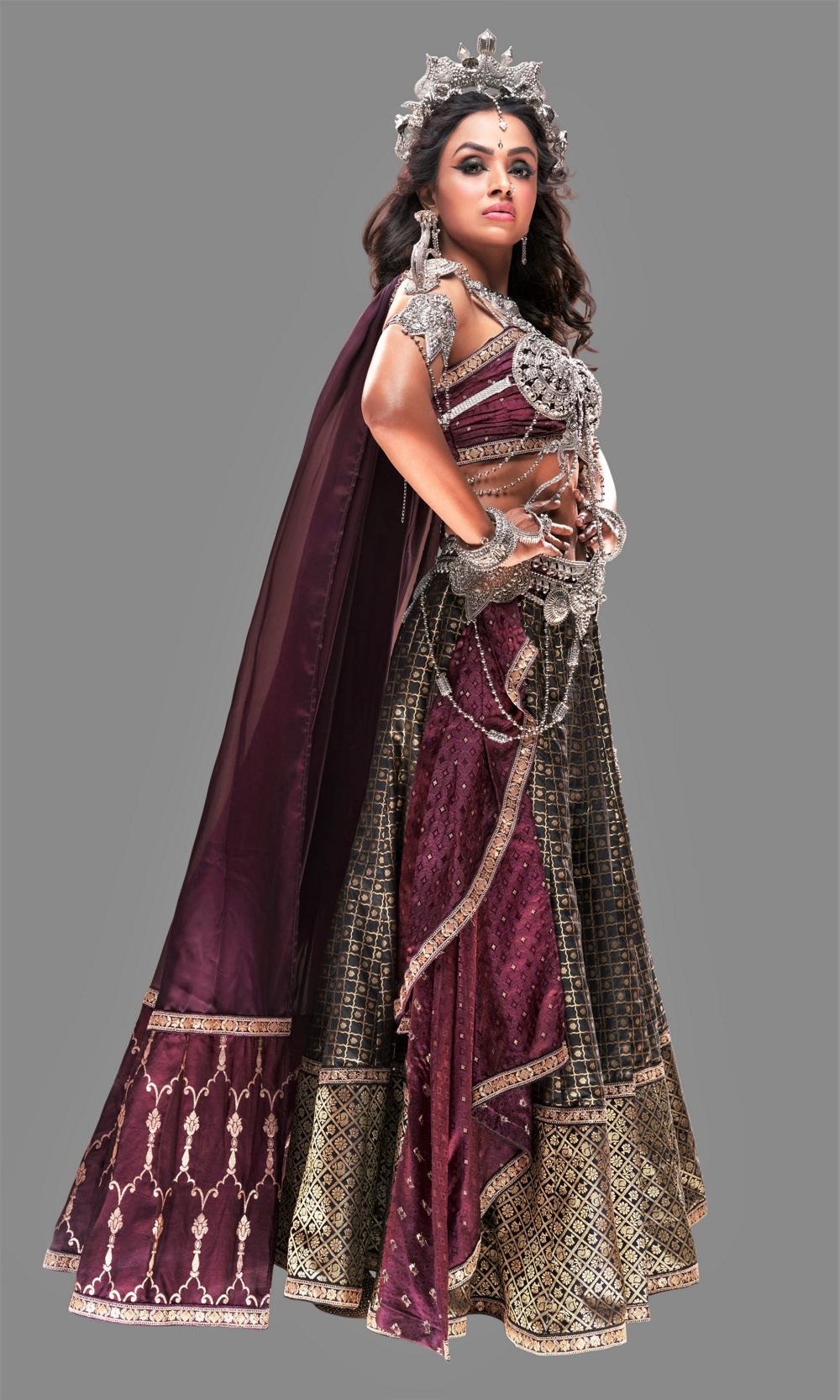 Actress Parul Chauhan is seen in the role of queen Kadru in Sony SAB’s recently launched show Dharam Yoddha Garud. While designing the costume for the antagonist Queen Kadru, the production team put in a lot of thought to ensure her look didn’t just stand out, but also established her character traits in the most stunning manner. The outfit, made with silk and brocade, in the most gorgeous shade of purple and black with an overlay of rich gold design reminiscent of a snake’s scale, is a fresh take on styling for mythological shows.

Adorned with specially made silver jewelry with the serpent motif, adds intrigue and drama to the costume. Parul shares, “Kadru wants control. She has an extremely powerful personality. At the same time, there’s also a softer side to her, although one rarely gets to see it. The outfit I wear as Kadru is incredibly powerful as it manages to become a part of the character and perfectly reflects her personality. It highlights the darkness within her, at the same time allowing her to shine. The moment I put on the dress; I transform into Kadru. The outfit gives me the confidence to be the powerful woman that she is.”