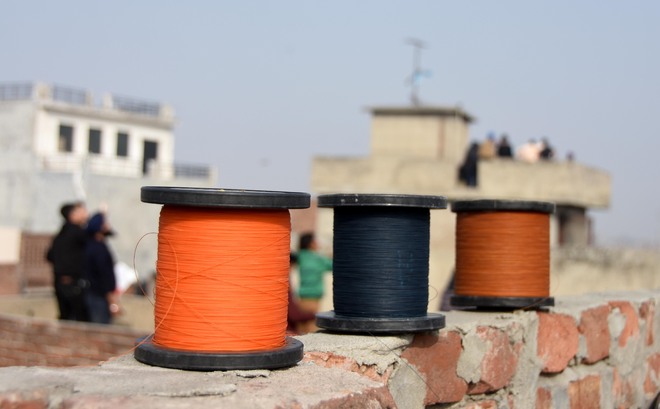 As the Lohri festivities began, children, youths and adults went to the rooftop of their houses carrying plastic string with their kites.

Despite the Police Commissioner Ludhiana’s warning to register FIR against the persons found using the deadly string, people didn’t bother about the top cop’s order.

The police had formed 30 teams in the industrial hub to prevent the use of plastic string. Nakas were also set up at some places to conduct surprise checking of people carrying the banned string.

“We are aware about the top cop’s directions, but cannot fly kite with simple string as the plastic string is stronger, which gives more fun while flying kites,” a young kite lover said.

At some places, the police were seen conducting patrolling and they warned the youngsters to avoid using plastic string.