Ansari brought back to UP, Atiq Ahmad next: Minister Anand Swarup Shukla 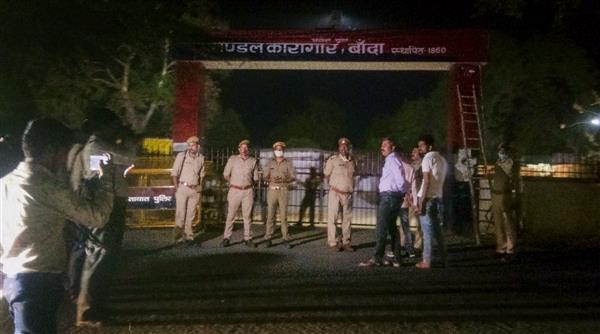 Ballia (UP), April 8
A day after gangster-turned-politician Mukhtar Ansari was brought back to the state from a prison in Punjab, Uttar Pradesh minister Anand Swarup Shukla on Thursday said jailed former parliamentarian and strongman Atiq Ahmad is next.

Five-time legislator and one-time MP Ahmad, now over 60, has more then 90 criminal cases, including murder, abduction, illegal mining, extortion, intimidation and fraud, against him. He is lodged in a prison in Gujarat.

He was shifted there from Uttar Pradesh on the direction of the Supreme Court in 2019.

"The Uttar Pradesh government succeeded in bringing back Ansari despite several tricks by the Punjab government. Now we will try to bring Atiq Ahmad back from Gujarat," Shukla told reporters here.

It is the duty of the state government to bring back such criminals to UP as they have to be punished for their crimes, he said.

"Already a number of Ahmad's lavish bungalows in Allahabad have been bulldozed," the Uttar Pradesh Minister of State for Parliamentary Affairs said.

The Uttar Pradesh government brought Ansari back from the Ropad prison in Punjab to Banda jail on Wednesday morning. PTI