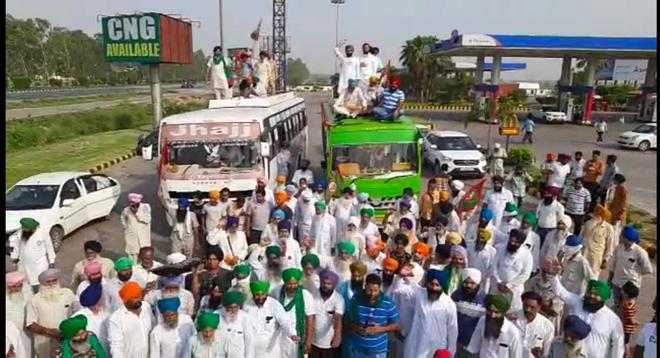 Farmers, under the banner of the Krantikari Kisan Union, proceed to Delhi.

Baba Banda Singh Bahadur abolished the feudal system and made farmers owners of the land they were cultivating, they added. The Union government wanted to make corporate houses owners by taking away land from farmers, they said. Farmers would not allow this to happen even if they had to make sacrifices, they added. — OC